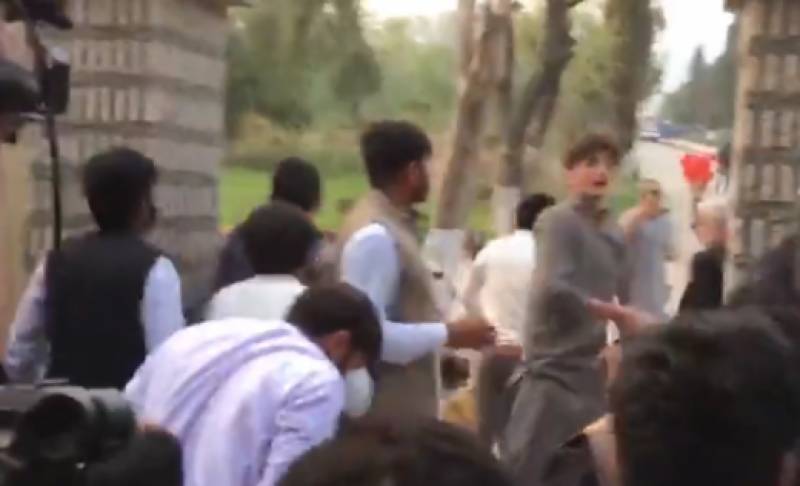 ISLAMABAD - Chief Justice of Pakistan Umar Ata Bandial on Saturday took suo moto notice of an attack carried out by PTI lawmakers and workers on the Sindh House in the federal capital a day earlier.

The top court will hear the case shortly as notices hav been issued to Attorney General of Pakistan Khalid Javed Khan, Inspector General of Islamabad police and others.

The chief justice has directed IG Islamabad to appear before the court in person.

On Saturday, the PTI workers staged a violent protest outside Sindh House in Islamabad, breaking open its main gate and raising slogans against the party lawmakers who ditched Prime Minister Imran Khan days before vote on the no-trust move against him.

The protesting PTI workers tried to get physical with the members of the National Assembly (MNAs) who they say have "sold their conscience for money" and are now hiding in Sindh House to avoid any action from the government.

PTI workers kicking doors of Sindh House to break in, helped by the Islamabad police and encouraged by the PTI govt #NoConfidenceMotion pic.twitter.com/sXA10cFVID

Islamabad Police took action against the protesters and arrested PTI MNAs Fahim Khan and Attaullah Niazi and 12 activists of the ruling party.

Earlier today, all the arrested PTI lawmakers and workers were released on bail by the court.