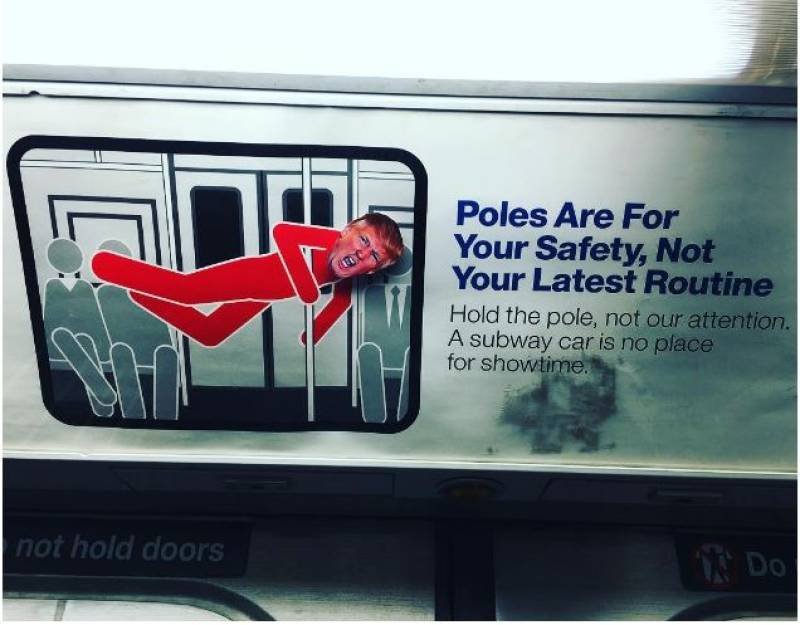 LAHORE (Web Desk) - A street artist has found a new way of protesting against Donald Trump by placing cut-outs of the presumptive Republican nominee's head on the city’s “courtesy counts” subway advertisements. 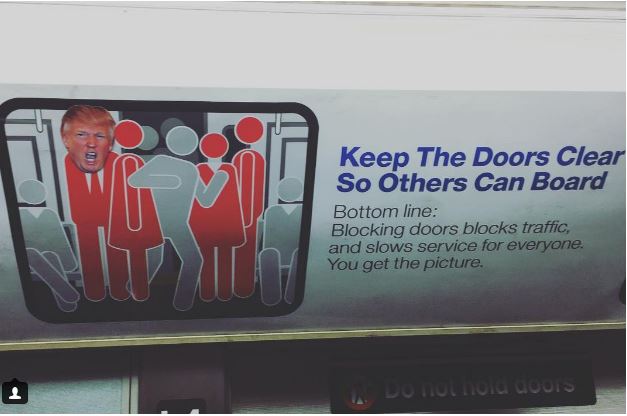 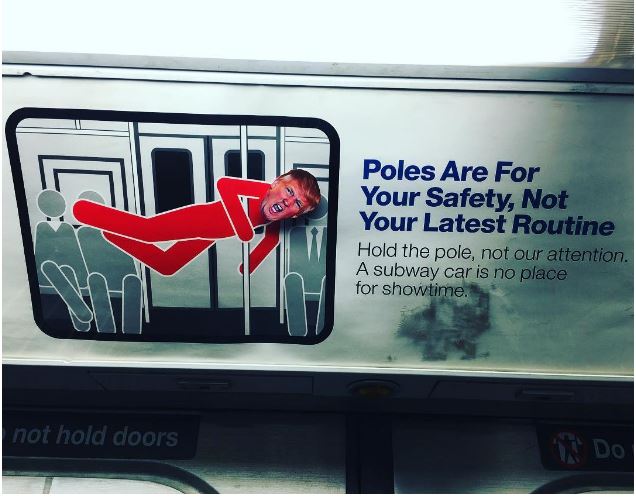 The anonymous artist, who calls himself “Major Big Time”, told a local news outlet that he “thought it would be funny to put pictures of Donald Trump over the people doing bad things on the subway”. 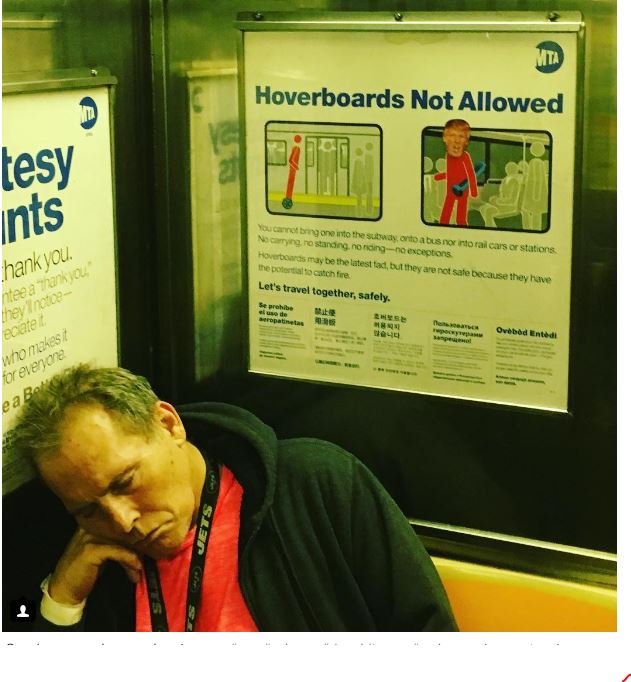 The presumptive Republican nominee Donald Trump has been under criticism for his controversial statements ever since he started campaigning to become US President.