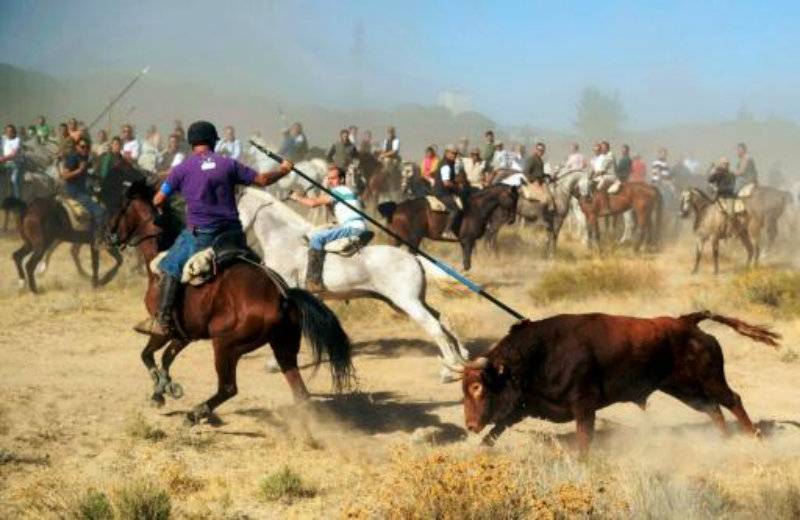 MADRID (Web Desk) - Authorities in the Spanish region of Castilla y Leon has announced a ban on the killing of bulls at town festivals in a measure that likely will stop the animals being speared to death at one of the country's goriest summer events.

Though it won't affect bullfights the decision by the Castile and Leon government looks set to end bull killing at the region's annual Toro de la Vega festival in Tordesillas, where men on horseback chase down a bull and spear it in front of onlookers.

The centuries-old event about 120 miles northwest of Madrid has drawn increasing protests in recent years, with animal rights activists denouncing it as cruel and calling for a ban.

Regional lawmakers still have to approve the decree, but the government has a majority in the legislature to virtually ensure it passes into law in Castile and Leon.

The regional government's move came amid growing tension between Spain's anti-bullfighting groups and those who fiercely defend the tradition.