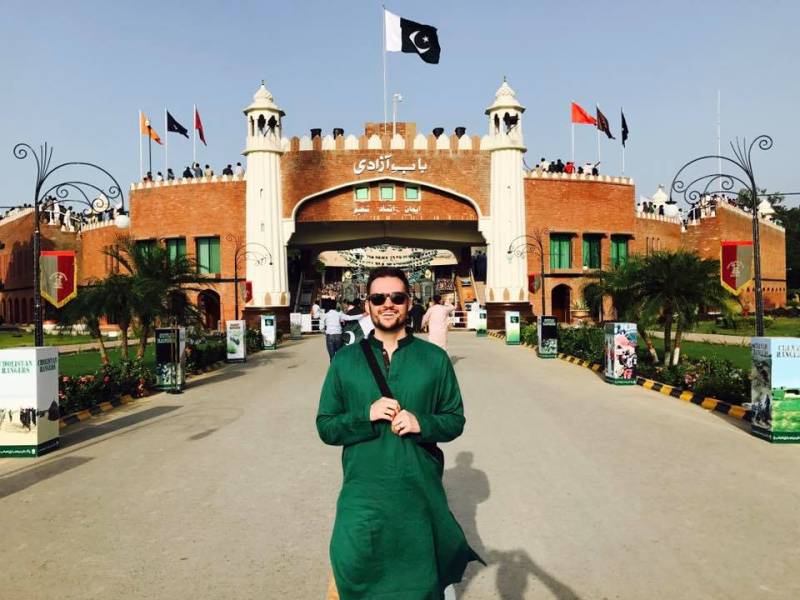 CHARLESTON-Jeremy McLellan is a well-known  American stand-up comedian who visited Pakistan in 2017. His tour was full of experiences and during his visit, he developed a close bond with the Pakistani's and took great interest in Pakistan's culture and lifestyle.

He did six sold-out shows in Lahore and Islamabad organized by entertainment company Kuch Khaas. In Lahore he did three shows at Forman Christian College, Alhambra Hall and Fast NUCES and three shows in Islamabad at The Millennium University College, Islamabad Club, and Aiwan-e-Quaid. He celebrated Independence Day of Pakistan on 14 August.

Yesterday, Jeremy broke the news that he was now father to a cute baby girl.

Introducing to the world...Jewell Beverly McLellan! 6 lbs, 7 oz., 21 inches long. Stephanie and Jewell (and dad) are all doing so well. Thank you to everyone for your prayers! My heart is about to explode. Today is the best day of my life. pic.twitter.com/KwfZfWGmZo

He also added the picture of his daughter stating Mujhe kiu nikala and the people cant stop laughing and reacting to his post by giving funny comments.

That’s right people, Jeremy just made his baby announcement in the funniest way. Oh and that’s not all, he continued to spread the laughter and posted another picture which caught the attention of the followers.

That's not all, He further posted regarding his duties as a father.

Many Congratulations Mr. and Mrs. McLellan on the arrival of an angel!