US former diplomat all praise for Punjab CM Shahbaz Sharif 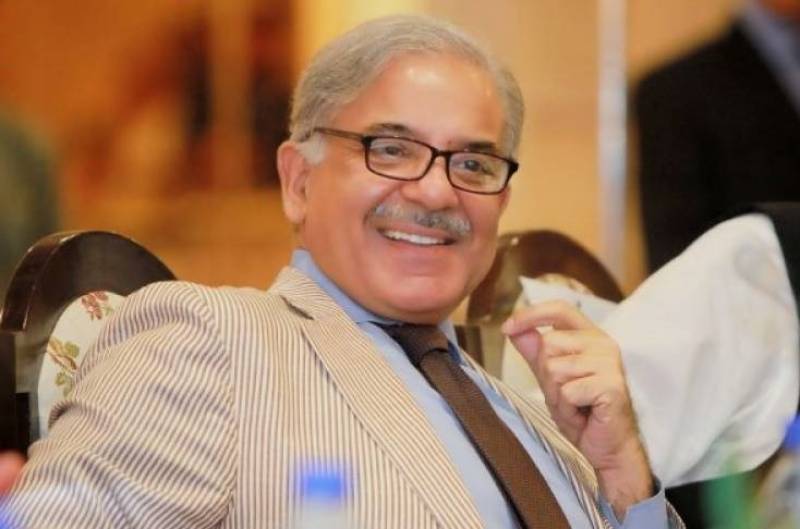 Zachary V Harkenrider served as the Consul General of the United States in Lahore between 2013 and 2016. During the period, he was able to work closely with Shahbaz. Harkenrider was responsible for all activities of the US government in Punjab. He is currently working at US embassy in London as a senior diplomat.

The former Counsel General seemed quite impressed with Shahbaz Sharif. In an interview, Harkenrider said Sharif's "leadership skills, dynamism, and vision” allow him to make sure the goals he has set are delivered in practical form.

“You have got lots of leaders in this world in my country and other countries who are capable of visualising success or where they want to go, they are the people who are very good at implementing projects. It’s very rare to find somebody who blends both qualities and Shahbaz did that and that’s why I found him quite impressive and unique in my experience,” said the diplomat who worked closely with the Punjab chief minister.

“It's not only his strategic vision of where to take his province but also a practical capacity to implement that vision in the day to day life of his country and his city, that’s something completely unique in my experience in the developing world,” he said.

“I have never seen anyone who is that capable of matching vision and execution as Shahbaz Sharif was. Despite having served in a dozen countries, it was Sharif out of all the leaders he has met to date who left a lasting impression,” the senior US diplomat added.

The US diplomat said that Shahbaz Sharif was a “good man and he provided great leadership to the people of Punjab”. He added that they were working so hard to try to improve the US-Pakistan relations and try to invest in Pakistan’s success. “It was great to have a partner like Shahbaz Sharif who was clearly very effective in getting things done.”

People like Shahbaz Sharif are needed in leadership roles in order to pave way for genuine development; Harkenrider linked him to Robert Moses who is an instrumental character in the history of New York.

“The book, titled The Power Broker: Robert Moses and the Fall of New York, by Robert A Caro, shows you what that kind of energy can do to transform a city, transform a state to bring together the powers of the government for a collective good wedded to a vision and that’s what I saw in Shahbaz Sharif.

"I saw in him a man of compelling vision with real leadership and management skills and the capacity to translate concepts into action and that is unique in politics very few leaders actually have that ability," Harkenrider stressed.

Harkenrider said that there was a whole depth to the Punjabi culture, and particularly, the Lahori traditions which goes very deep. It has deep historical roots. I am a Persian speaker so I was able to understand some of the cultural foundations of the Punjab, he noted.

"I ran the ambassador’s cultural preservation fund and contributed towards conservation and preservation of some of Punjab’s great cultural heritage and historical monuments" from shrines in Multan to mosques in Lahore.I am a historian by background and diplomat by profession. It was a great fusion of our assistance resources and Pakistan’s rich deep history. And it gave me a great appreciation for the country’s texture,” he added.

Zachary Harkenrider, who is working in the political section of the US Embassy in London, said that the fact that Pakistan and the US were not happy with each other and asking each other to do more shows that how much both needed depended on each other.

“US placed tremendous importance on its relations with Pakistan and vice versa. We work together on shared priorities and not only in the security sphere but in the economic sphere too. The US has provided over 50 billion dollars of assistance, both economic and military to Pakistan in the last 15 years, and that reflects the tremendous priority that we have for relations with your country,” he said.

He said that the US also valued Pakistan because it has the potential to be a great Asian success story. “When I look at the picture of the economic growth that we saw in the last few years, the tremendous success in energy, culture, free media and you name it, this is an Asian success story that’s waiting to happen and I am proud to be part of that. And the emphasis the United States places on Pakistan is not misplaced when you consider the tremendous potential of that country in contributing towards a prosperous Asian future,” said the diplomat.

"It was great to have a partner like Shahbaz Sharif who was clearly very effective in getting things done,” the diplomat concluded.