Talks between PCB, BCCI to be held at secret place in Delhi after Shiv Sena attack 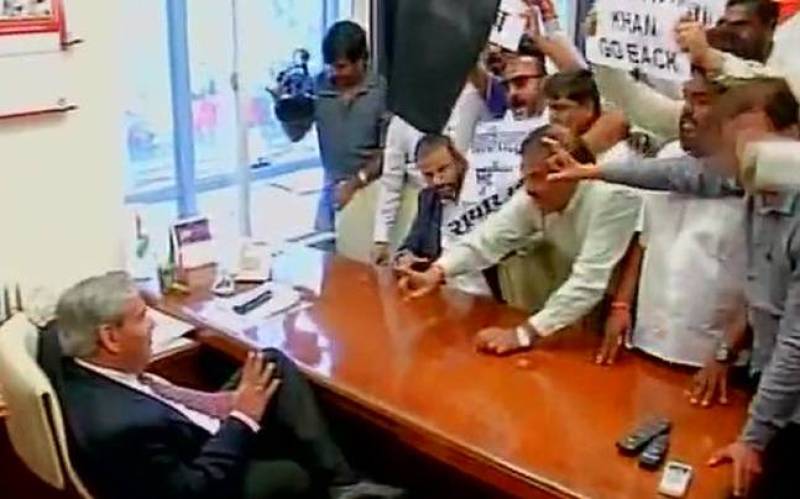 NEW DELHI (Web Desk)-Talks between the PCB and BCCI would be held at secret place in New Delhi, Indian media reported.

Earlier, Indian media reported that Pak-India cricket talks were cancelled on Monday after workers of Shiv Sena stormed the BCCI headquarters in Mumbai to protest plans to resume cricket matches between India and Pakistan.

Shortly before scheduled meeting of Pakistan Cricket Board chief Shahryar Khan and new Board of Control for Cricket in India (BCCI) President Shashank Manohar, some 50 members of the Shiv Sena Hindu militant outfit stormed the board s headquarters at Wankhede stadium in Mumbai.

Police have detained around 20 protestors and tightened security at the site.

Later talking to media, PCB chairman Shehryar Khan said he is visiting India at the invitation of BCCI.

Shaharyar Khan and head of the PCB s executive committee Najam Sethi arrived in India on Sunday in a bid to convince the BCCI for December s planned test and limited-overs series in the United Arab Emirates..

Both sides have signed an agreement to play at least six times from 2015-2023, but the India board needs its government s approval to revive cricketing ties with Pakistan.

Earlier, the PCB chief had also discussed the planned series with BCCI secretary Anurag Thakur on the sidelines of the ICC meeting in Dubai this month.

Monday s protest is the third incident by Shiv Sena workers where they have protested against any Pakistani national.