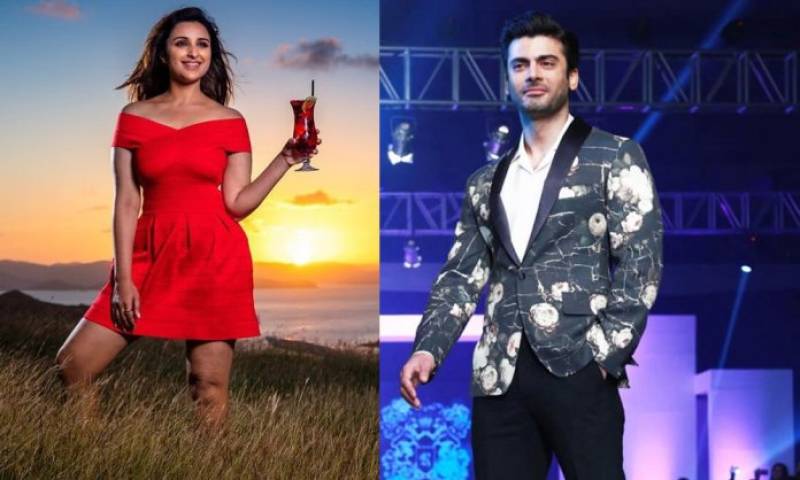 MUMBAI - It has been more than two years that the Bollywood film industry has banned Pakistani celebs from working there. The Indian audience misses seeing Fawad Khan, Ali Zafar and many other talented Pakistani celebs.

Even after the ban, our Pakistani hunks are still in demand and many Indian stars including Parineeta Chopra desires to work with Fawad Khan and Ali Zafar. The Khoobsurat Khan has undoubtedly cast a forever magical spell in India and worldwide also.

Unsurprisingly, a Bollywood actress has also joined team Fawad Khan and she just cannot stop drooling over Khan. We are talking about the gorgeous Namaste England  actress Parineeti Chopra!

In an exclusive interview with Bollywood Hungama, Chopra was asked about her favourite hero in the Indian entertainment industry and after remembering Kill Dil, her film with Ali Zafar, she showed the desire of sharing the screen with our dreamboat, Fawad Khan.

She also stated that India values the talent around the globe and also showed her displeasure over the ban on Pakistani talent.

The handsome hunk from Pakistan has done just two Indian films – Khoobsurat and Kapoor And Sons, also did a supporting role in Ae Dil Hai Mushkil, but Indians already knows how much talented our Khan is.