UNGA: PM Nawaz raises Kashmir issue with the US Secretary of State, reminds him of Clinton's promise 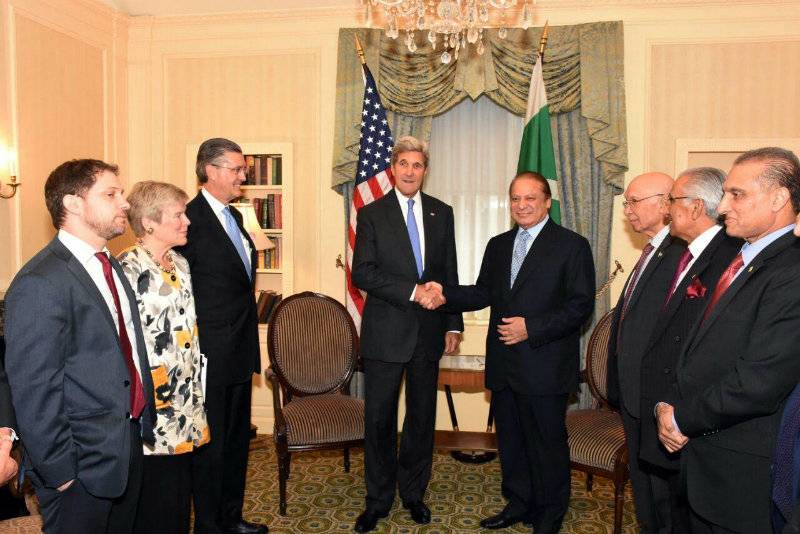 The Prime Minister while recalling his constructive meetings with the US President during the last three years emphasized that strong relations between Pakistan and the United States remain a mutual desire and this partnership was critical to ensure regional peace and stability.

The Prime Minister apprised Secretary Kerry of the successes in the field of counterterrorism, particularly Operation Zarb e Azb that has broken the back bone of terrorists.

Secretary Kerry appreciated the efforts of the armed forces of Pakistan, security institutions and police in rooting out terrorism and extremism. Secretary Kerry said that Pakistan and Afghanistan have mutual interests in peace and security.

The Prime Minister said that Inflation in the country is downward, economy is booming and growth rate is 4.7%.

The Prime Minister said that Pakistan has always fought terrorism as a moral obligation. I have always reached out to neighboring countries for regional peace, stability and prosperity. 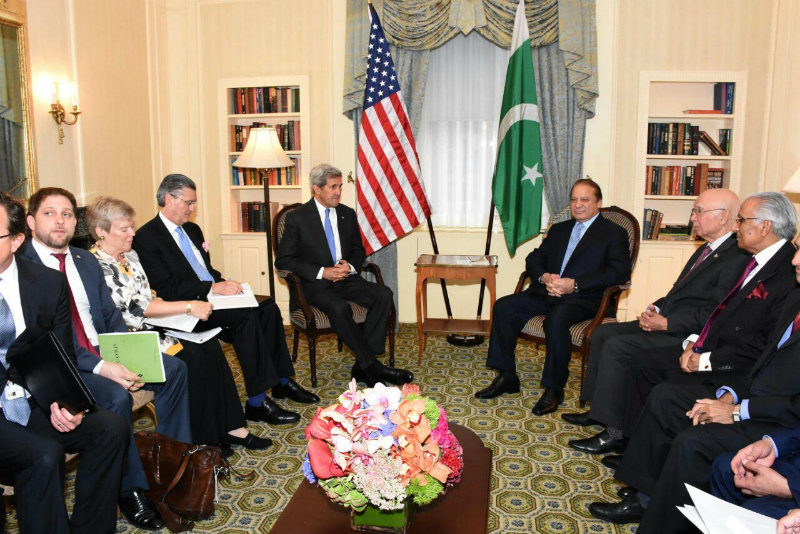 The Prime Minister said that more than 107 people have been assasinated in Indian Occupied Kashmir, thousands injured and worst human rights violations are being committed at the state level. I still remember President Clinton's promise that US will play its role to help out in resolving bilateral disputes and issues between Pakistan and India, the Prime Minister said. I expect US Administration and Secretary Kerry to use his good offices to help in resolving bilateral issues between Pakistan and India, the Prime Minister added.

The Prime Minister said terrorists’ infrastructure had been dismantled and they were on the run due to the indiscriminate action against all terrorist elements. Implementation of National Action Plan across the country is in full swing. The national resolve against terrorism and extremism is unflinching.

Discussing the situation in Afghanistan, the Prime Minister expressed satisfaction over a lot of hard work that has been  done under the QCG process, of which both Pakistan and the US are members. Prime Minister Muhammad Nawaz Sharif stressed the need for meaningful engagement with Afghanistan.