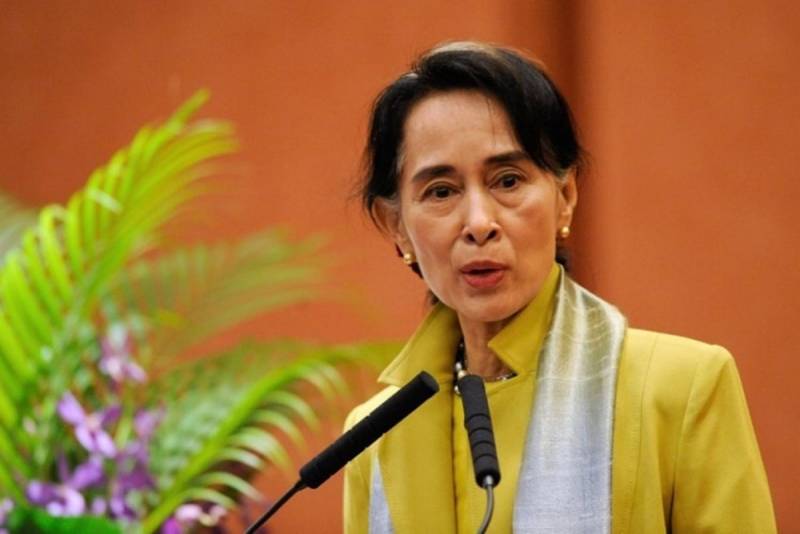 In her first address to the nation after the communal violence erupted in August, She said: "We condemn all human rights violations and unlawful violence. We are committed to the restoration of peace and stability and rule of law throughout the state".

The Guardian quoted her as saying, “I am aware of the fact that the world’s attention is focused on the situation in Rakhine state. As a responsible member of the community of nations Myanmar does not fear international scrutiny.

“We too are concerned. We want to find out what the real problems are. There have been allegations and counter-allegations. We have to listen to all of them. We have to make sure those allegations are based on solid evidence before we take action,”

The recent episode of violence erupted in August after the army accused Rohingya militants of attacking police posts. Following the military crackdown, which has been termed as "ethnic cleansing" by the UN, nearly 40,000 Muslims have crossed into Bangladesh for shelter.

The military says its operations in the northern Rakhine state are aimed at rooting out militants, and denies targeting civilians.

Aung San Suu Kyi, who was slammed by fellow Noble laureates, claimed the violence had not affected the majority of the state, adding that the army had been directed to avoid "collateral damage".

“We are concerned to hear that numbers of Muslims are fleeing across the border to Bangladesh,” she said, adding, “We want to find out why this exodus is happening.”

She also urged the international community to observe the other issues being faced by Myanmar instead of focusing on only one of them.