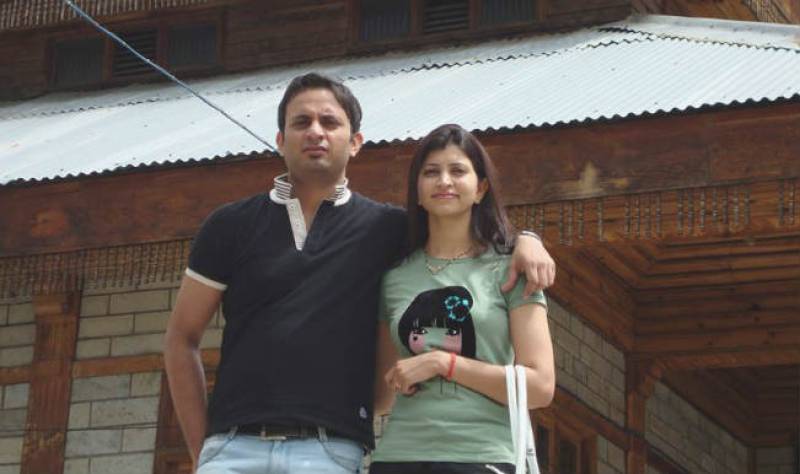 NEW DELHI (Web Desk) - A senior doctor of Delhi's premier All India Institute of Medical Sciences or AIIMS hospital has been arrested after his wife, a fellow doctor, allegedly committed suicide on Saturday, accusing him for "immense mental torture."

Priya Vedi was found lying in blood, with her wrist slit, in a hotel in Paharganj in central Delhi. The police said they had found a detailed suicide note, in which the 31-year-old said she had discovered that her husband, Kamal, was gay soon after their wedding and "accepted it", but was forced to kill herself because of torture by him.

Priya had allegedly checked into the hotel after a fight with her husband.

Kamal Vedi had reported his wife missing on Saturday. The police started searching central Delhi hotels after some information that she may be in the area.

An anaesthetist at AIIMS, Priya married Kamal, a dermatologist, five years ago and they stayed at the AIIMS quarters in south Delhi.

In her suicide note, Priya alleges that her husband lied about his sexual orientation and later, harassed her for dowry.

She also posted a message on Facebook on Saturday afternoon, addressed to him: "I just wanted to be with you, accepting you and your sexual orientation because I loved you very much but you never knew importance of this. You are a criminal Dr Kamal Vedi! Your family is innocent but you are a devil," the post said.

Based on the post, the note and a complaint by Priya's parents, the police arrested 34-year-old Kamal Vedi on Sunday. He has been booked for abetment to suicide and under the Dowry Act.