Is Selena Gomez heading towards another heartbreak? 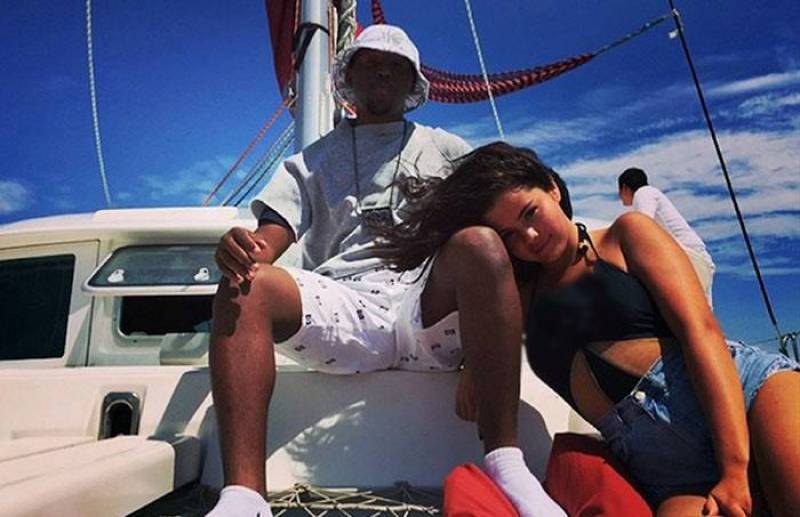 LOS ANGELES (Web Desk) - Selena Gomez is reportedly 'enjoying life' after splitting from her Russian boyfriend Zedd and was recently spotted soaking up the sun on a Mexican getaway with music producer Hit-Boy.

The 'Come & Get It' hitmaker - who is believed to have started dating Zedd, 25, earlier this year - has now reportedly ended her relationship with the Russian-born star and promptly jetted off to Mexico for a holiday with pals.

The brunette beauty was also spotted alongside music producer Hit-Boy during the trip, although sources close to the star insist Selena and Hit-Boy - whose real name is Chauncey Hollis - are just friends.

An insider told HollywoodLife.com: "All he knows is that Selena seems happy and enjoying her life at this moment.

"They're also working too and Selena's very focused on her upcoming album. He's not involved with her personal life like that and doesn't want to be."

The 22-year-old singer - who famously dated Justin Bieber on and off until October last year - has been taking to her Instagram account to share snaps from the holiday and showed off her incredible figure in a revealing cut out bikini.

The 'Spring Breakers' actress had previously vowed to make 2015 an 'incredible' year following her split from the 'Boyfriend' hitmaker.

She said: "I think this year is going to be incredible, I feel the best I've ever felt in my life, but I mean, your 20s, good God. I'm super stoked that I've got some bumps on me, some scars, some bruises. I actually really love that."