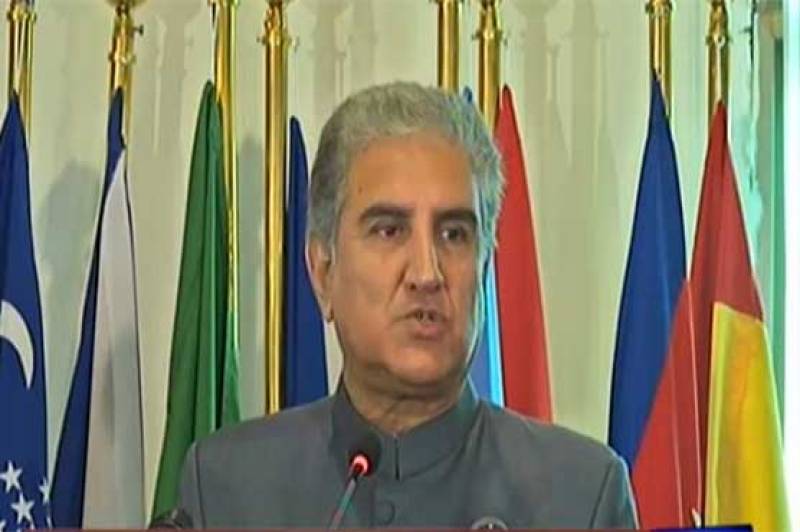 ISLAMABAD - The recently appointed Foreign Minister of Pakistan, Shah Mehmood Qureshi has outlined that there was no space of adventurism for India, emphasizing that a dialogue should be started between the two countries for resolution of disputed issues.

In his first media interaction after taking the oath of the office, Qureshi expressed that the Indian premier Narendra Modi had written a letter to his Pakistani counterpart, in which hen has hinted at the resumption of talks.

We want peace and stability in the region, said Qureshi and added that the direction of foreign policy will be reviewed afresh.

The lawmaker asserted that  Pakistan and India were not only neighbours, they were atomic powers and had a lot of common resources.

Qureshi highlighted that talking peace was our only option, admitting that the issues were tough and will not be solved overnight, but the engagement was necessary.

He also mentioned the Kashmir issue in his presser and said it was a reality, citing the Islamabad declaration as well.

'Atal Bihari Vajpayee who is no longer in this world came to Pakistan and acknowledged the reality of Pakistan. The Islamabad declaration is a part of our history,' he said.

Shah Mehmood also expressed his wishes to cement the ties with Afghanistan, saying he had cordial relations with a few people in Kabul.

'I will call the Afghan foreign minister and plan to visit them at a mutually convenient time. I want to take an important message for the people of Pakistan. Our future and geography are joined together,' said the foreign minister.

Addressing Kabul, Qureshi said that we need to become each other’s support base.

'We have a bilateral agreement in place which has 5 tracks and we want to move forward with those,' vowed the legislator.

Qureshi also expressed his views on the deteriorating ties between Islamabad and Washington, saying Pakistan will also convey its reservations to the Trump administration and there will be no compromise on the national security.

'We have to bridge the trust deficit and put forward Pakistan’s trust deficit. We will do all of this with full consultation with Prime Minister Imran Khan,' said the minister.

The Foreign Minister said that efforts were being made to isolate Pakistan but the government wishes to maintain peace and stability in the region.

'When US makes foreign policy; doesn’t it take advice from the CIA and the Pentagon. We will put Pakistan first,' clarified the minister.