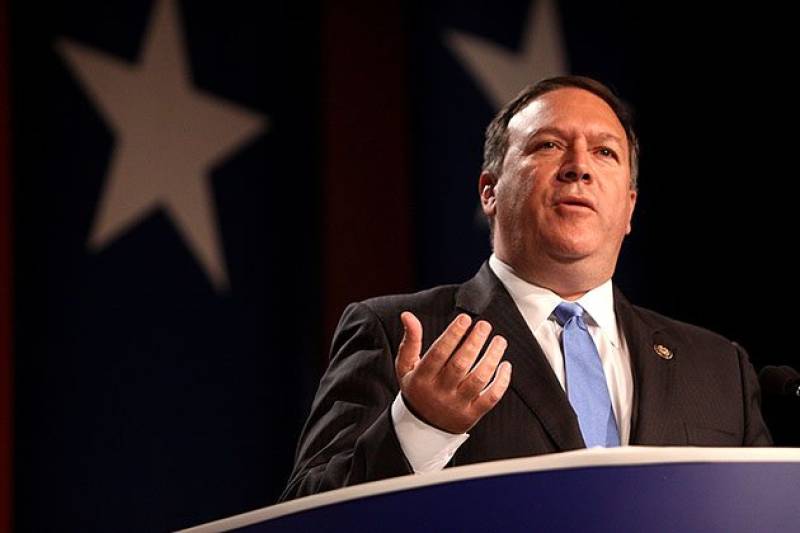 Reports claim that Pompeo, an active member of the US President Donald Trump's administration, will reach Islamabad on September 5 where he will meet Khan. After his brief stay in Pakistan , he will head to India and then Afghanistan .

The US official, who would become the first diplomat to visit Pakistan after PTI's government, will discuss matters of mutual of interest, including two key points - Revive once close ties between the two states and Pakistan’s support for a US-led move to initiate the Afghan peace process, with the new prime minister.

According to an international publication, "the Pompeo mission will also help Washington and New Delhi coordinate their objectives and mission in Afghanistan ".

Earlier on Sunday, Khan had addressed the nation in his first-ever televised speech as the PM of Pakistan and put stress on austerity and the need to tackle corruption.

He also emphasised, “There is a need for peace and without it, we cannot improve the country's situation".

Pompeo, in his message to the Pakistani nationals on Independence  Day, had said he hoped to further cement the relations between the two nations.

He had said: "The US hopes to further strengthen ties with Pakistan in the years ahead and work with its people and government to advance shared goals of security, stability and prosperity in South Asia."

For over seven decades, the ties between the two countries have "rested on the strong foundation of close ties between our two peoples", Pompeo had added.

On August 15, Principal Deputy Assistant Secretary Ambassador Alice Wells, a senior bureau official for State Department's South and Central Asian Affairs, had said the US was eager to work with Pakistan for peace and stability in the South Asian region.