Time to be blunt on Pakistan 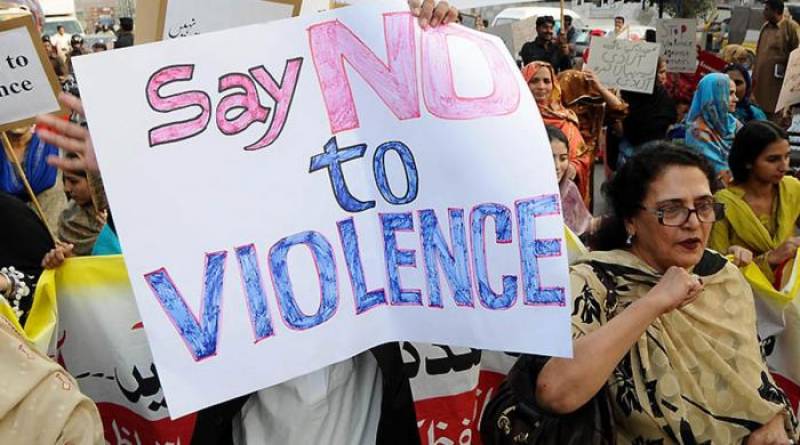 There will be ‘No more restraint’ on terrorism, Gen Bajwa has vowed after a wave of terrorist attacks that killed over a 100 innocent people in a week. One only wonders if and why was there a restraint before? More than just slogans what the country now needs from its leaders and those in control is to not hogwash around terrorism but to be blunt, both in policy and practice against terrorism.

In a country where to be a Muslim you have to officially declare a particular sect (Ahmadis) as heretics, passports that have religious columns, different laws for rich and poor on-top of politicians allowing free hand to Saudi Arab and Iran to pollute their sectarian ideology in Pakistani schools and madrassah’s in exchange for properties or perks in London or Panama, the State of Pakistan is unfortunately through its policies as much responsible for terrorism as the terrorist organizations. Hence, no amount of military operations by the Pakistan Army can wipe out terrorism since it’s deeply embedded in the nation’s sub conscious and requires a long-term policy commitment to eradicating the drivers of terrorism.

The problem with Pakistan is that its otherwise secular elite has used and abused the country, through religion most of the times, as its personal property for petty political and monetary gains. Bhutto colluded with a tiny minority of religious far right to save his power in the 70’s by declaring Ahmadi’s as Kafirs (Infidels) and setting the course of the nation towards extremism, while Zia took it to another level and Arabized the country in the 80’s. PML-N for its own sake pushed in the Punjabi conservativeness, while Gen Musharraf came up with his confused enlightened moderation while at the same time providing safe havens to the militants in the region to wage war in Afghanistan.

The worst, however, has been that successive governments have not only allowed penetrating space for a terrorist to freely operate but at times enforced policies that directly help the cause of terrorist organisations. For instance, with a youth bulge of 65% in Pakistan, the Government placing a ban on music concerts, Basant festival, sheesha cafes, access to informational/non-informational websites is basically pushing the younger lot to the frustration that ends up getting easily radicalised through highly sophisticated social media campaign of the terrorist organisations.

On top of this all there is a problem with our religious education and who teaches it. We have allowed the lowest of the lot in our society to become our faith preachers. Try listening to Friday sermons in the mosque and one is choked with sectarian supremacy and sometimes subtle or most of the times overt hate for other sects. To add to the problem the Council of Islamic Ideology openly warns that it’s a blasphemy to even talk about reforms in the blasphemy law.

To then blame Afghanistan or India for the attack on Lal Shahbaz Qalandar is turning one's face away from the reality that the different governments in Pakistan have created through decades of infusing and breeding two generations of Pakistanis to hate each other based on their sect. The state of Pakistan continued to cultivate the religious identities in the country that were supposed to dilute into a larger Pakistani identity. It’s not then the militants that have succeeded but the Government that has lost its ability to govern through failed policies. Terrorism, after all, is cancer that plagues the poorly governed states.

It’s unfortunate that if Pakistan, as it is today, could be a person it would be Zaid Hamid. Full of passion, but the lack of depth and vision, misplaced imagination of past and future glories, big on slogans but little on substance, somewhat inclusive yet hates certain minorities, support good militants until they become bad, and most of all riddled with hypocrisies and self-destruction blaming others for every ill.

The million-dollar challenge for us now is how to transform this current state of Zaid Hamid into a state of Abdus Salam. Perhaps, better governance and peace sensitive policies with heart and mind in the right place might be a good start instead of only relying on a military operation.