Amid Pak-India tensions, all Ali Zafar is saying - ‘Give Peace A Chance’ 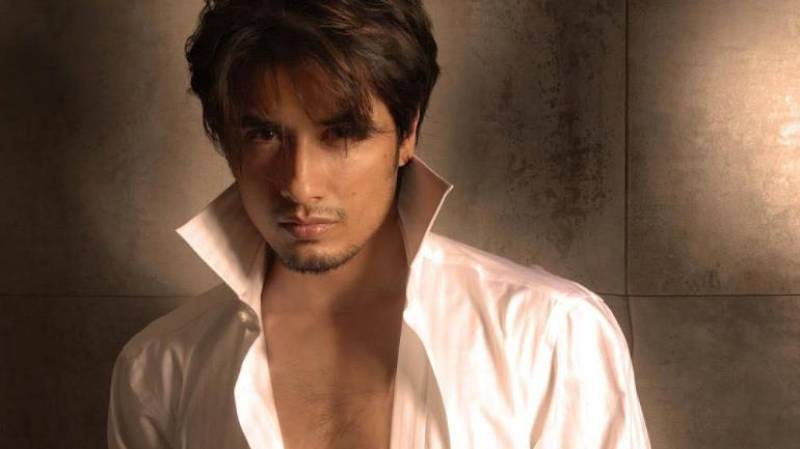 LAHORE - Post Pulwama attack in Jammu Kashmir, Many prominent personalities of India including several Bollywood celebs posted posts against neighbor country Pakistan and they are also talking about cutting off cultural ties and exchanges between India and Pakistan, among the Indian stars are Javed Akhtar, Kangana Ranaut, and Ajay Devgan.

ISLAMABAD - Pakistanis have taken a strong exception to narrowmindedness of India in the aftermath of Pulwama attack ...

In response to it, Pakistani stars including Gohar Rasheed, Mawra Hocane, Shaan Shahid and  Ali Zafar have taken to Twitter in favor of peace, harmony, and love between the two nations.

The sensational singer Ali Zafar also addressed India over the Pulwama terror attack that took place last week. Taking to Twitter he wrote, “What a speech!

Ali openly endorsing his PM’s message to India was not at all liked by his Indian fans. Many of his fans from across the border  warned him to not come back to India for work, there are others who have called him ‘namak haraam.’

Listen with an open heart and mind devoid of ego, bias or hatred. If can’t, listen again after a few days in a moment of peace.#love #peace # #humanity #togetherness above all. PM Imran Khan Address To The Nation | Pulwama Attack | 19 Feb 2019 - YouTube https://t.co/wSXu5mNeeM

Following the tweet, Ali had also shared John Lennon’s classic song 'Give Peace a Chance' amid rising Pak-India tensions over Pulwama attack. It shows that the Huqa Pani singer is a peace lover and hopes for a friendly relation between India and Pakistan.

All we are saying- Give Peace A Chance (1969) - Official Video https://t.co/iuVpwiy5Lg via @YouTube

Then stop working in India

Please use that "Daya" on millions of dirt poor citizens of India. They are hard to miss, you will find millions of them living on footpaths and infested slums of Mumbai, Dehli, Calcutta etc. A stroll in any big city in India tells its own story. Shameful, how Indians acts.

Things are getting bitter day by day between the neighbors, India and Pakistan. But seeing peace loving post shared by Ali Zafar ensures that with peace and harmony we can live a jovial life to cherish for.