Cheesy rich! So, you think you can afford this $2,000 pizza covered in edible 24K GOLD? 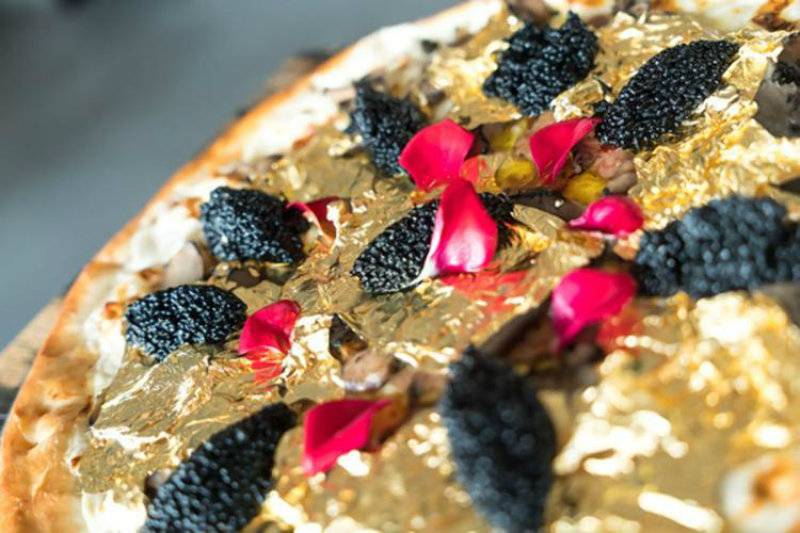 NEW YORK - Pizza is generally regarded as the food of the people: cheap and easy to make. But a restaurant in New York City is serving a pizza that only the 1 per cent in the world can afford.

Officially called ‘the fance’za’, or “epitome of decadence”, the pizza is priced at $2,000 and comes covered in strips of edible 24-Karat gold.

The Industry Kitchen restaurant in New York’s South Street Seaport was inspired by the nearby Financial District, which attracts the wealthy from all over the world, to create the “epitome of decadence” pizza.

This outrageously expensive treat consists of a black pie made with squid ink, Stilton cheese imported from England, Foie Gras and truffles from France, Ossetra caviar harvested from the Caspian Sea, edible flowers, and lots of edible 24K gold strips and flakes from Ecuador. 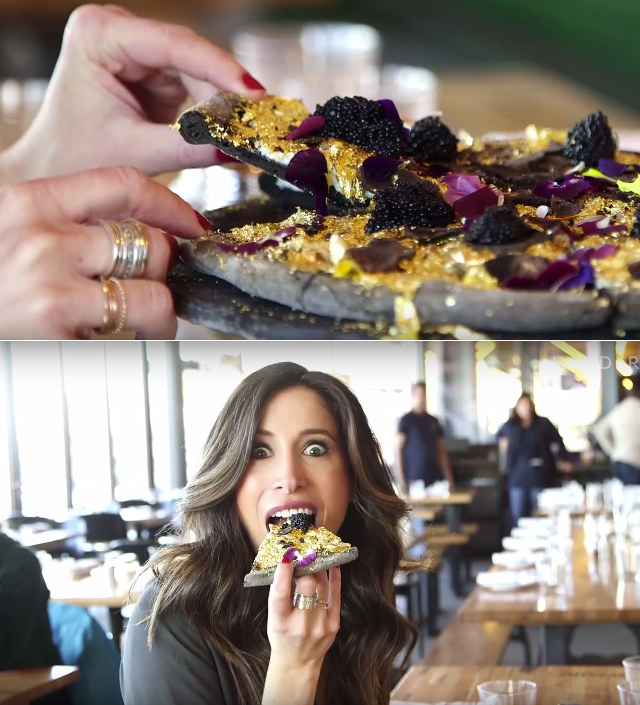 “The pizza is extremely rich - if you’re in the mood for a lavish meal, this is the pizza for you,” Executive Chef Braulio Bunay says. It’s also one of the most expensive foods money can buy, but apparently preparing it in the “form of a pizza makes it more approachable.”

“The people get in shock because they never see in one dish all these special ingredients” Braulio told Insider.