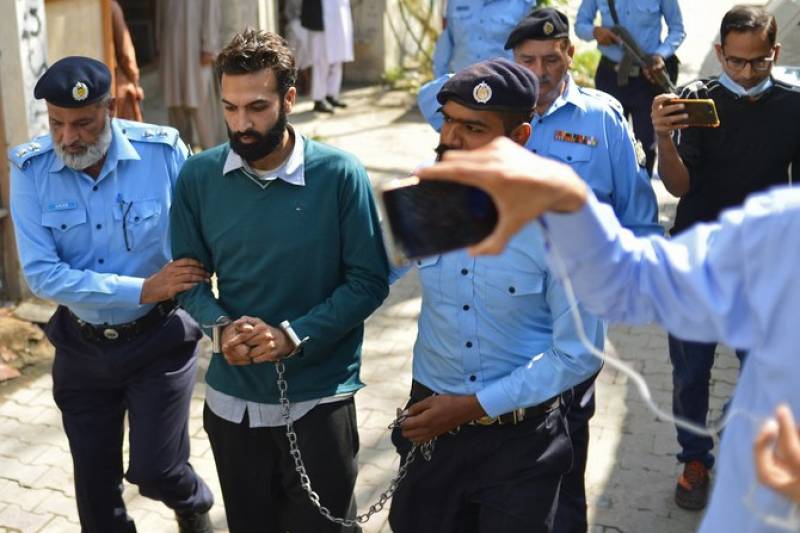 Doctors at the Adiala jail conducted a medical examination of the suspect following the court orders. The plea was made by Zahir Jaffer through his counsel.

"Zahir Jaffer is physically and mentally healthy," a doctor told the court.

Mukadam made this demand as he recorded his testimony at a district and sessions court presided over by Additional Sessions Judge Ata Rabbani.

At the outset of Saturday's hearing, Mukadam said he was appearing in court for the first time in his life. He said that he did not have personal enmity with anyone.

“My daughter was murdered unjustly,” he said, and demanded: “Zahir Jaffer should be given capital punishment.”

Zahir, his gardener and gatekeeper were also present in the courtroom.

“Noor did not tell me that she was going to Lahore,” her father told the court, adding that she used to tell him before leaving the house but sometimes she informed him after reaching her destination.

“I contacted her friends and visited their houses in search of my daughter,” he added.

On July 20, Noor telephoned him and told him that she was in Lahore, he said, adding that after receiving her call, he stopped his search. He said: "I already knew the Jaffer family but do not know the other accused.”

Casting aspersions about the cell phone attributed to Noor, Mukadam said there was no evidence to show that the mobile belonged to his daughter.

ISLAMABAD – A court in the federal capital has ruled that Zahir Jaffer, the prime suspect in the Noor Mukadam ...