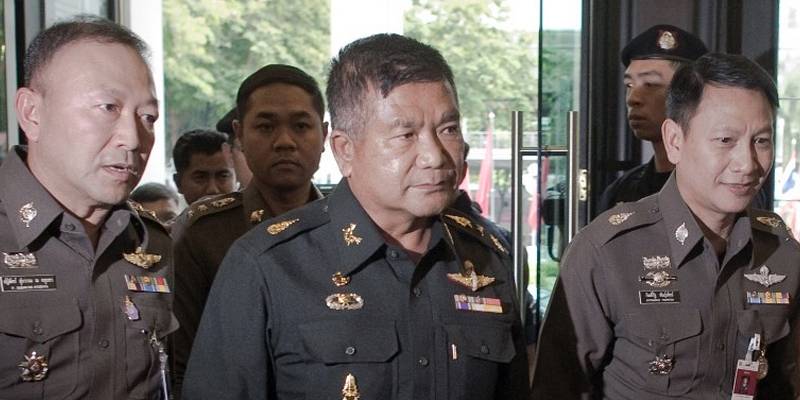 BANGKOK - A former Thai general has been sentenced to 27 years in jail for human trafficking at a landmark trial.

Manas Kongpan is among more than 60 people convicted in Bangkok of trafficking Bangladeshis and Rohingya Muslims, a minority fleeing Myanmar.

Another top former official was sentenced to 75 years in prison. More than 100 defendants were on trial.

Muslim Rohingya have been fleeing Myanmar for years, paying people smugglers to help them escape.

The arrest of the general in June 2015 was seen as part of an effort by Thailand to close down a human smuggling route through the country.

The judge found him guilty of human trafficking and organised transnational crime. A former head of administration in the southern province of Satun, Ko-Tong (also known as Patjuban Aungkachotephan), received a sentence of 75 years in prison.

Several other defendants were handed jail terms of similar length. Sentences ranged from four to 94 years.

In 2009, Manas told the BBC that Thailand treated migrants humanely after he was accused of ordering more than 1,000 Rohingyas to be set adrift at sea on boats with no engines.

Correspondents say he is the first member of the military in army-ruled Thailand to be implicated in the trafficking of migrants.

Prime Minister Prayuth Chan-ocha, head of the country's ruling junta, urged the public not to blame trafficking on military figures.

"There are many people in this human trafficking network," he told reporters. "Don't group all soldiers in the country as one."

In 2015, thousands of refugees were left stranded at sea as they tried to escape through southern Thailand and on to Malaysia and other destinations.

The crisis escalated after international pressure forced the Thai authorities to crack down on the smuggling networks.

This led to the smugglers abandoning the refugees, leaving them on their sea and land routes with no neighbouring country willing to take them in.-Online