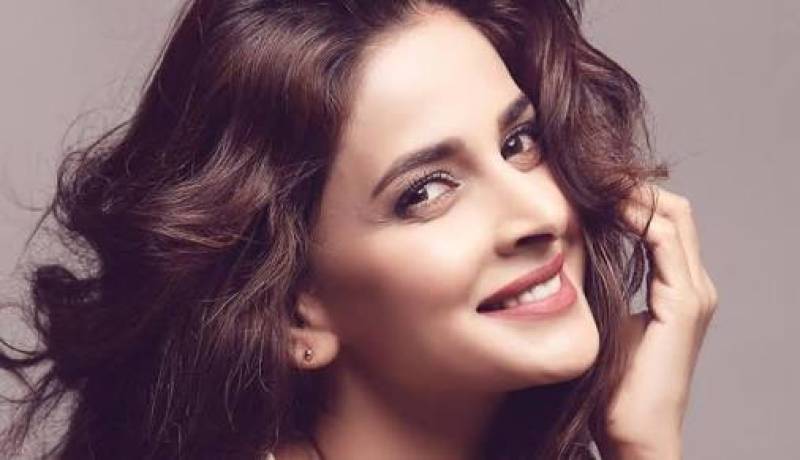 Social media is a platform for us to not only check news but also to spread news, thoughts and opinions too however everything has its drawbacks such was the realization I got when a recent case of defamation started to surf the Internet. Superstar of our film industry and Hindi Medium actress is caught in a whirlpool of drama and controversy. 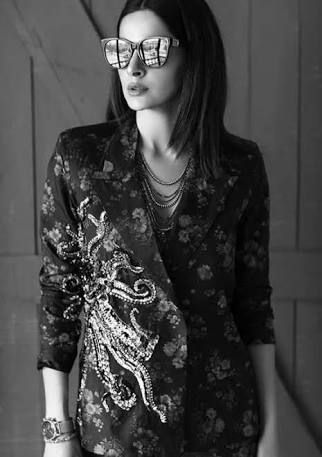 It all started as Saba posed for the camera during a shoot and was ready to rock her next look, moved to the changing room there someone decides to film her while changing and holding a cigarette  [which obviously was a prop for the look]. Now all of this happened without her consent and that too to get some ‘BTS’ ( behind the scenes). This cheap and low effort to gain popularity and defame a starlet is something which also happened with Mahira Khan. 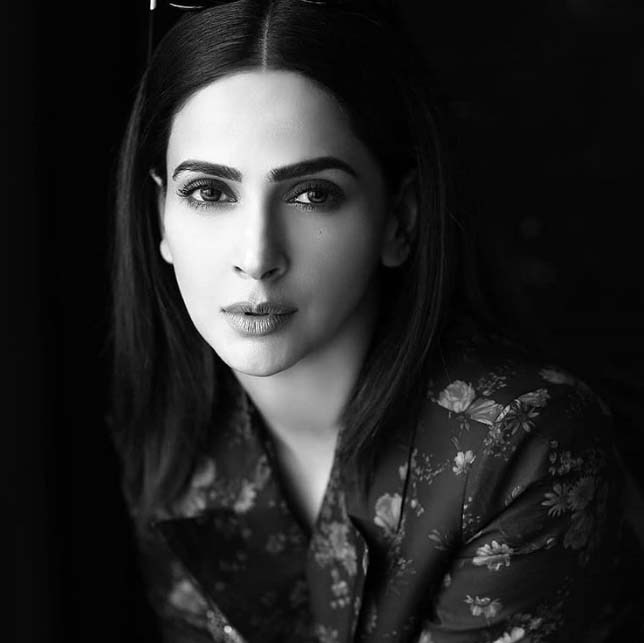 I am not only disgusted by the person/organization behind this but also all those people who are making memes, writing hate posts and creating a scene. As a girl myself, I condemn such behavior and I stand with Saba Qamar. Let’s educate, let’s spread awareness and let it be known that we won’t allow such behavior with any woman especially such big name of our industry. 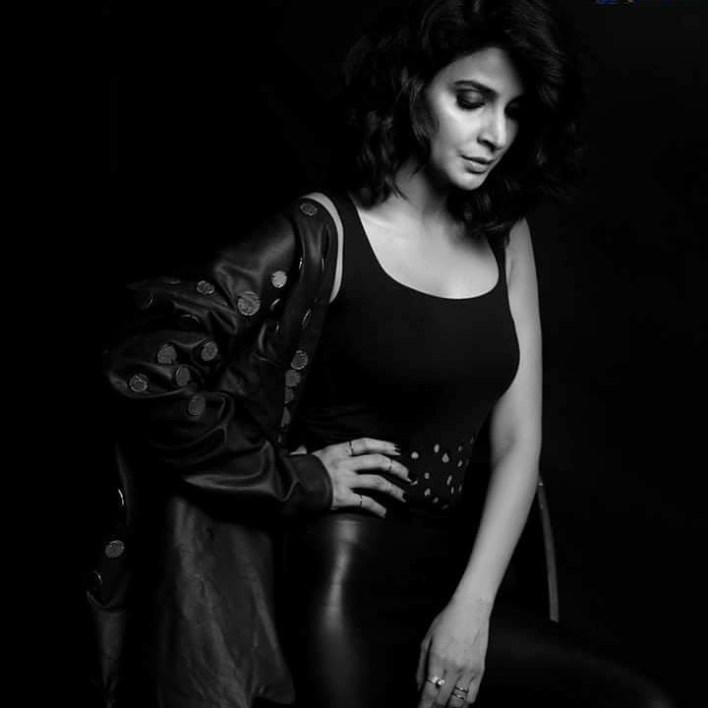 People are stepping forward and taking over social media in support of Saba Qamar with hashtag #WeSupportSabaQamar and not only her fans but also her colleagues who know how for drama, extra clicks people can go to any lengths. 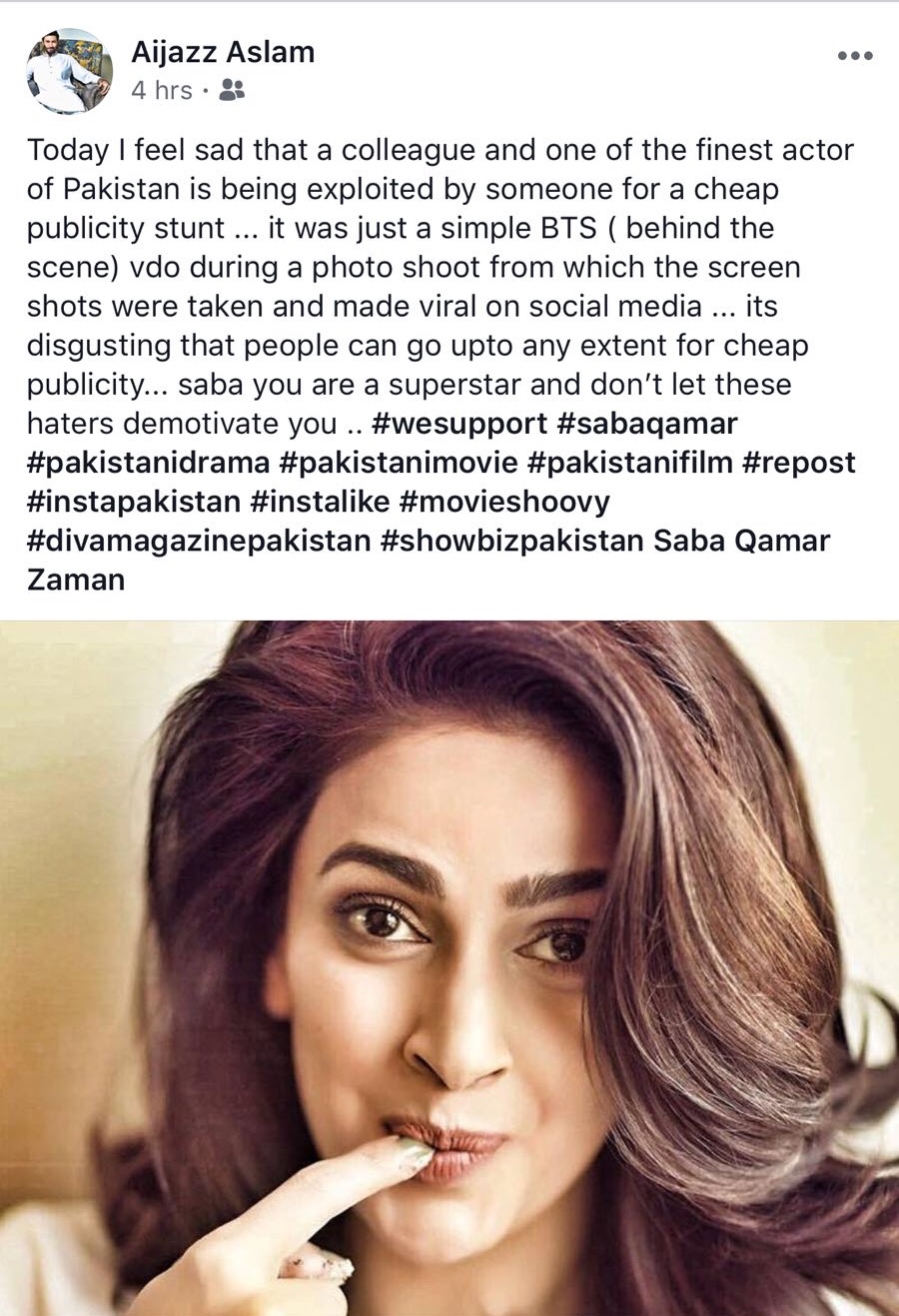 Her close friend and people who know her well condemn this sort of horrendous acts: 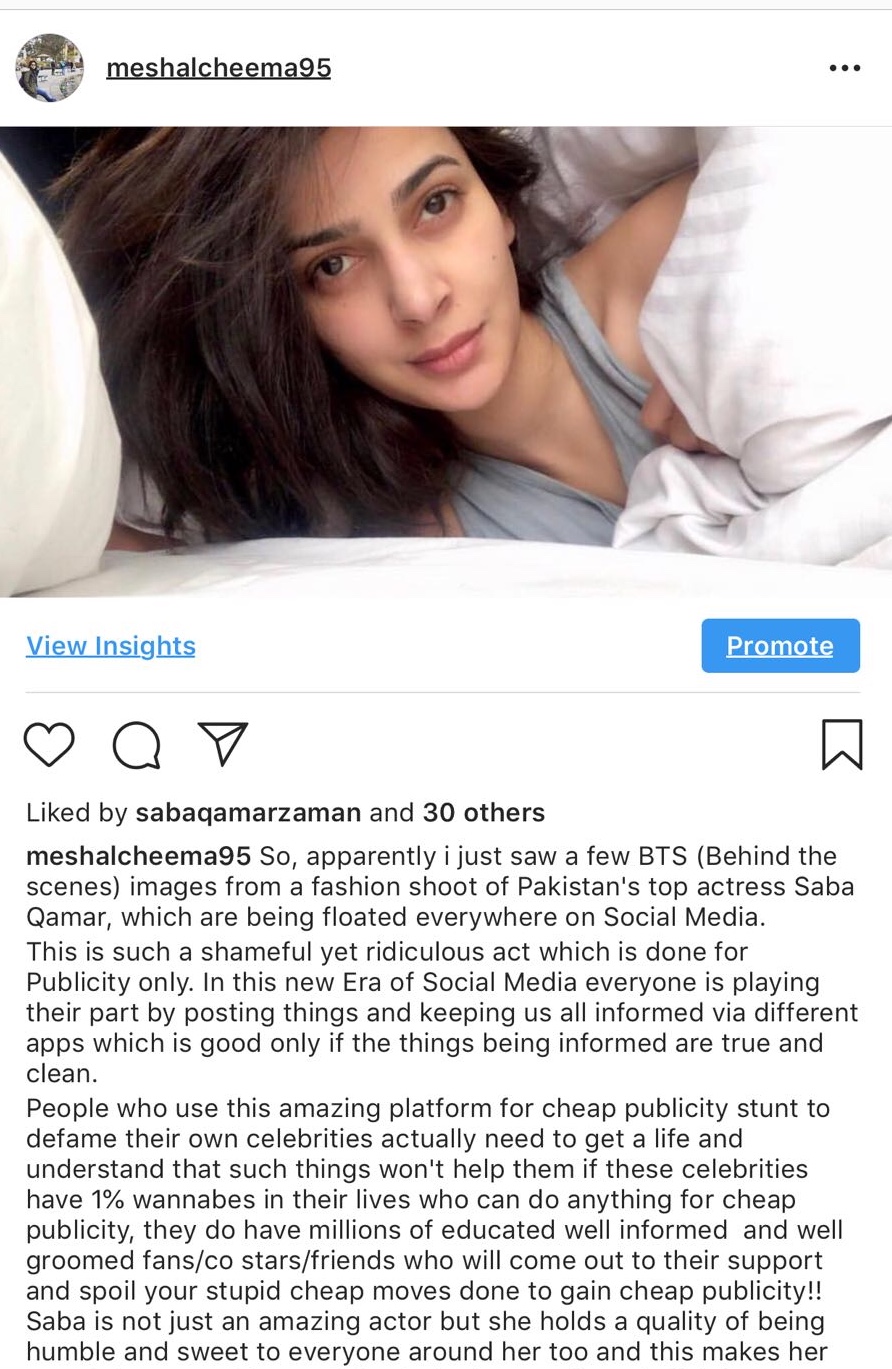 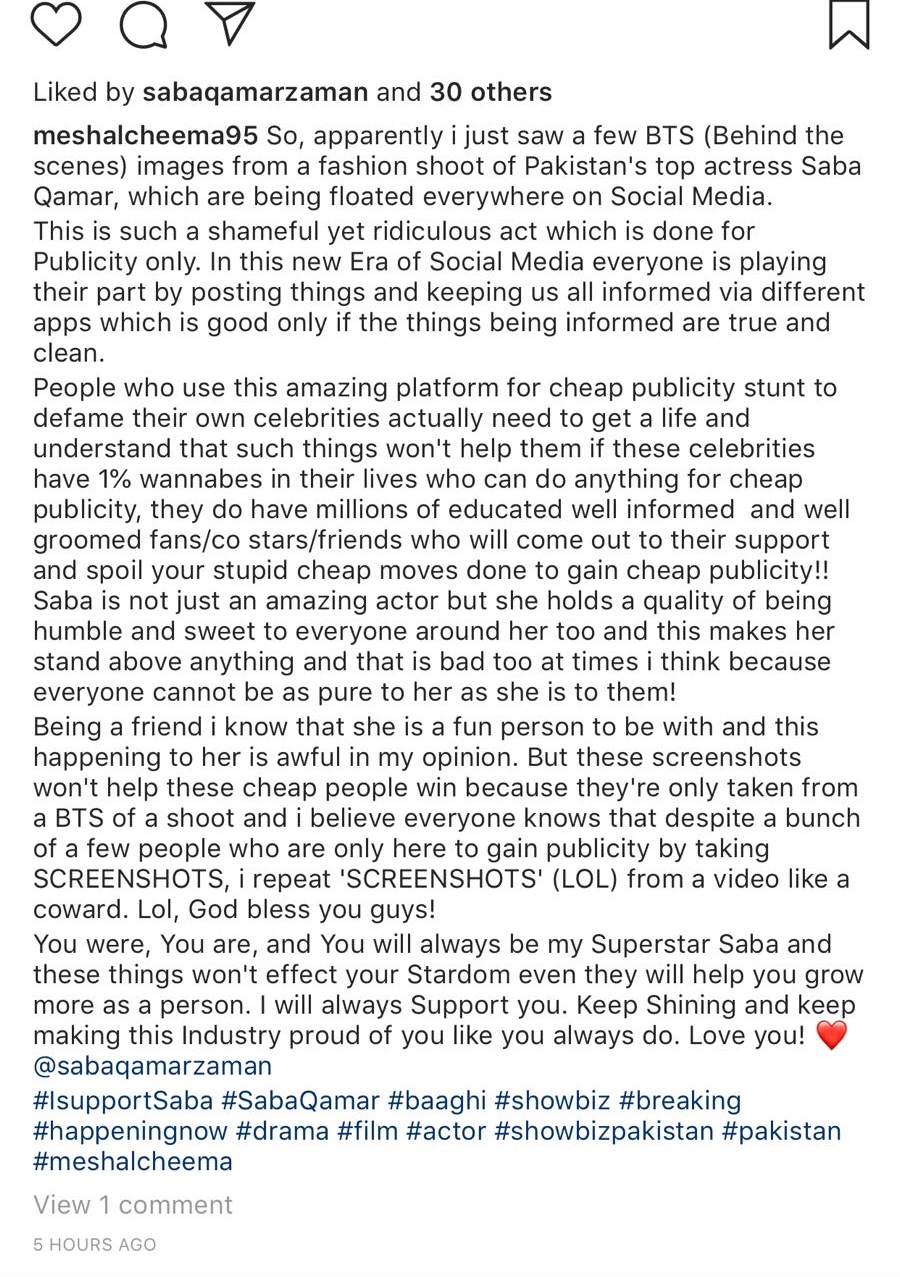