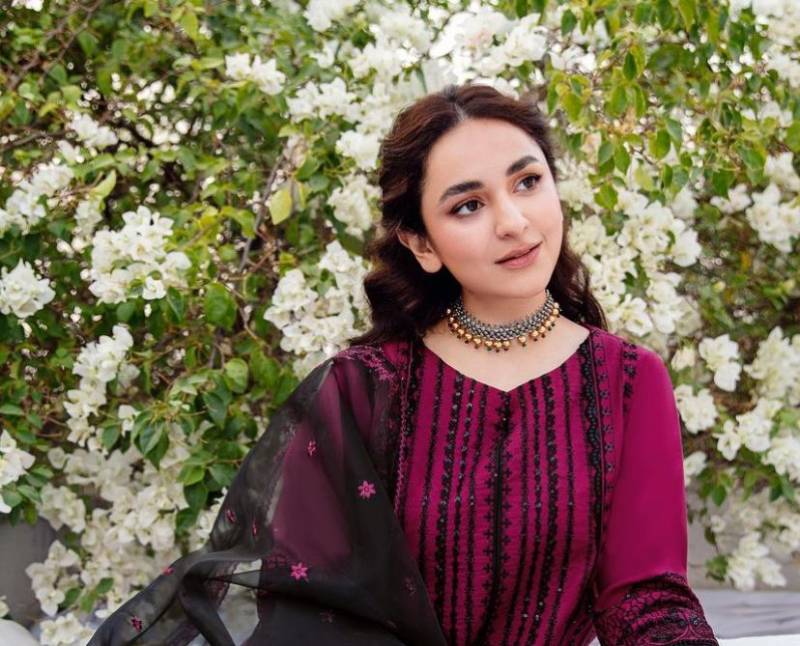 Lollywood diva Yumna Zaidi never fails to impress fans with her impeccable acting skills and beautiful looks. Climbing up the ladder of success, Yumna's charismatic persona is the reason why fans have fallen head over heels for her.

The SInf e Aahan actress is the latest addition to the Coke Studio 14 Pasoori fan list. She aired her admiration for the song by sharing a beautiful jamming video alongside makeup artists Adnan Ansari,

Taking to Instagram, the Inkaar actress left her massive fan following thrilled as she shared a video of herself jamming her heart out.

A post shared by Celebrity Make up Artist. (@adnanansariofficial)

Coke Studio's sensation hit Pasoori's enduring popularity has cemented its status as the song of the year as it reached new heights by hitting 200 million views.

On the work front, Yumna Zaidi has been praised for her performance in the latest television series Bakhtawar. Playing the unconventional female lead in a dual role, the actress has been showered with praises from fellow artists.