22 killed, over 60 injured including foreigners in three separate blasts in Afghanistan 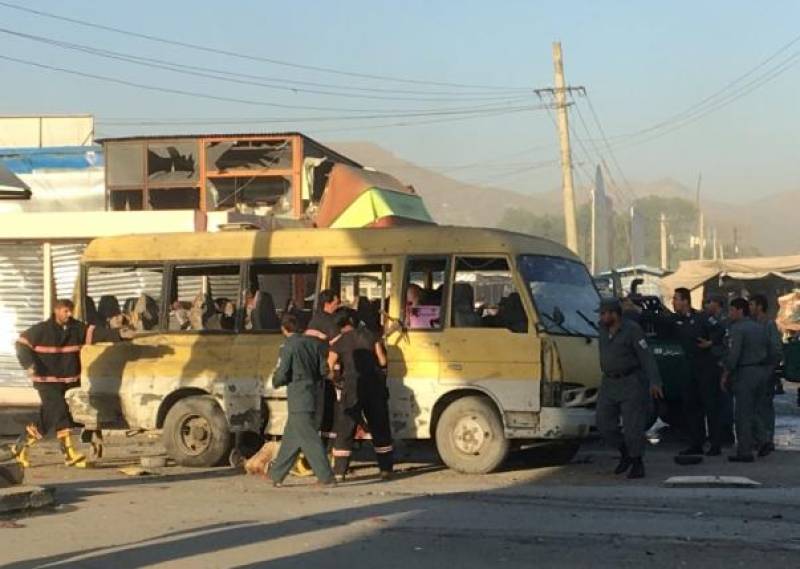 KABUL (News Desk) - At least 22 people were killed and over 60 injured in three separate blasts, including two suicide attacks, that shook the Afghan capital Kabul and the Keshm district of the country's Badakhshan province.

The day's terror began with a suicide attack  in Kabul on a mini bus carrying foreign guards, which killed as many as fourteen people and injured another 12. The incident took place in the Banae district of the city.

According to Afghan Police, the bus belonged to a logistics company while the dead included both Afghan and Nepalese security contractors. The identity of any victim could not be ascertained immediately.

After a gap of several hours, Afghan parliamentarian Ataullah Faizani was injured along with five others when a magnetic bomb planted in his vehicle was detonated in Chel Siton area of Kabul.

In the third blast, at least 8 people were killed and around 40 others wounded in province Badakhshan's Keshm district.

The incident took place when a suicide bomber detonated a motorcycle packed with explosives in a market place. Children were also among those killed and injured in the blast.

No group, including the Islamic State and Taliban, immediately claimed responsibility for the three blasts.

These blasts are part of the latest Taliban threat emerging since former Taliban chief Mullah Akhtar Mansour was killed in a US drone strike in Pakistan's Balochistan province last month.

In his first ever audio message after assuming power as new Taliban chief, Mullah Haibatullah Akhundzai had announced to avenge the death of his predecessor.