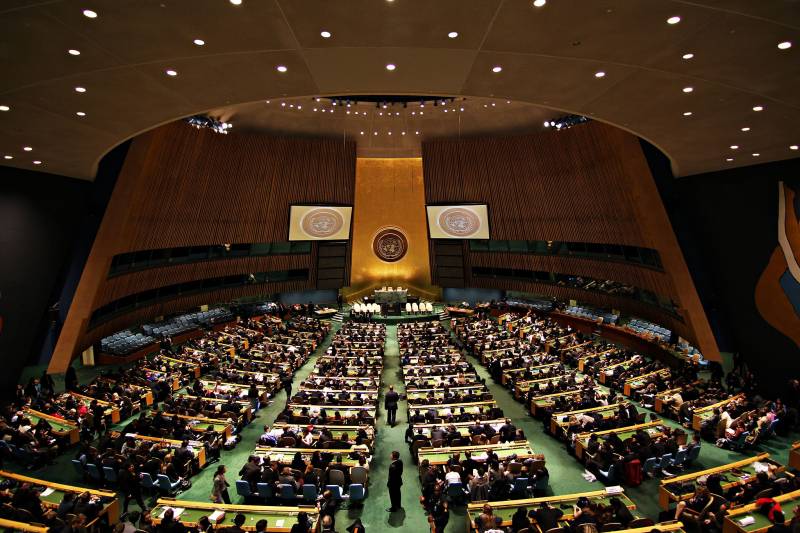 In about three months’ time from now, Heads of UN member states and representatives of their governments would be assembling at UN High-level Political Forum on Sustainable Development (HLPF) in New York. Their agenda is to painstakingly review progress and critically assess implementation of the “2030 Agenda” for seventeen Sustainable Development Goals (SDGs) formulated by UN.

The two days event scheduled on 24th and 25th September this year would be the first UN summit since the consensus on 2030 Agenda adopted by UN on sustainable development in 2015. Developed or under-developed, rich or poor, each member country and the government running it, has to demonstrate its commitment, determination, capacity and capability to fulfill the international obligation in achieving the SDGs. Pakistan, presently struggling with its challenged economy and internal issues, is also scheduled to present a Voluntary National Review (VNR) at this session.

Pakistan has defined its plan to pursue SGDs as “a national approach anchored in partnerships, aided by technology and facilitated by finance, that would catalyze and scale up implementation of the 2030 agenda”. As an unflinching demonstration of political commitment, Pakistan incorporated SDGs into its national development agenda in early 2016 and earned the credit for being the first such country to do so. Failure to achieve SDGs by any country translates negatively into international relations ethics and its other international commitments.

However, Pakistan has not been able to do much practically except preparing a carefully drafted document for face saving. While economic and social issues continue to defiantly stare in the eyes of government, the state apparatus could not build partnerships and muster support at home and abroad to address the issues. 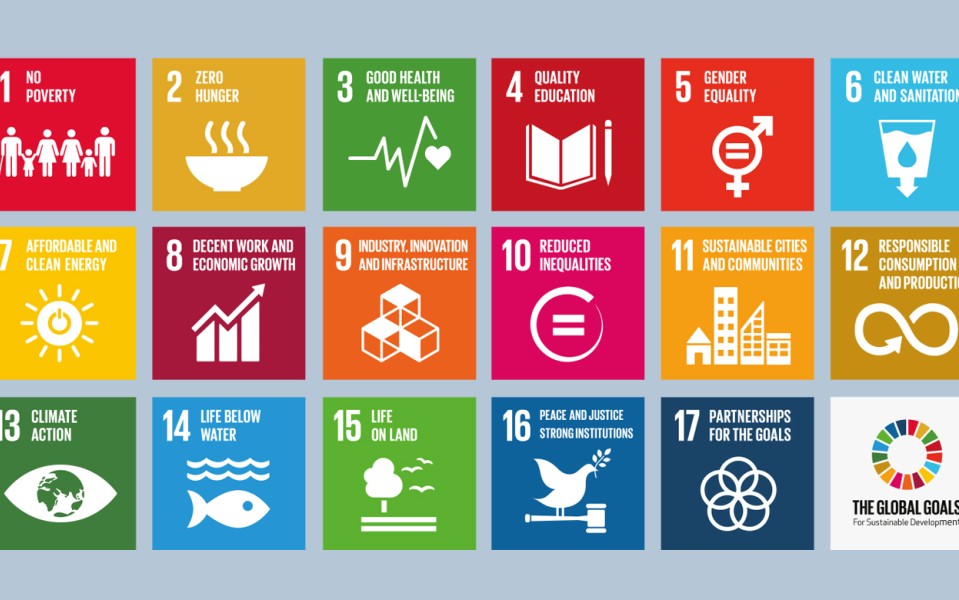 Government of Pakistan did establish SDG units at the central and provincial levels but could not proceed further in addressing the challenges related to implementation of an effective plan. A July 2018 report drafted by government and other stakeholders outlined Pakistan’s achievements and challenges related to SDG implementation. This report commented on several aspects yet the document painted a dismal scene about poor implementation of policies by government related to SDGs. The report mentioned extremely weak institutional coordination at every level of government, and among SDG task forces and units. It highlighted that civil society could not be integrated into the plan and even most of CSOs, NGOs, not for profit and media organizations were uninformed of the efforts being made by the government and unaware of any broader plan in this regard.

On one side civil society, the force-multiplier for the government remained indifferent to the government’s commitment and challenges it is trying to settle, while on the other side government also did not reach the civil society and NGO sector for technical support, the assistance government intensely needed. Another issue highlighted was absence of mechanism to track progress on SDGs as there was no basic data available to build statistics on it. Government continues to fall short of its efforts and objectives in this regard.

Despite the negative observations, it is encouraging to see that even in the face of economic and financial hardships, Pakistan showed resolve to continue effort towards achieving the SDGs. While all the states and governments representing these in New York this year would be competing with each other to show their performance, they would definitely share their realization that these challenging goals cannot be achieved by efforts and resources of the governments alone thus require a concerted government steered effort essentially reinforced by its people, the civil society and most importantly the Non-Government Organizations.

The 2030 agenda itself indicates that the SDGs are ‘integrated and indivisible’: no goal or target can be achieved in isolation. Thus no government would succeed in this struggle without an intelligible, all-inclusive, coherent and multi-stakeholder response. Luke warm effort in seclusion will not make any encouraging difference.

Achievement of SGDs for any country, including Pakistan, would require creating an enabling environment for a synergetic effort by all stake holders. Factors including but not limited to economic, social, political and environmental concerns that hamper the enactment of policies and plans for achievement of SDGs needs to be addressed through collective approach.

A government particularly those running developing countries like Pakistan, would be required to mobilize all their resources and rally more partnerships to grasp at solutions which reflect at improvement of all marginalized groups and sections in society. All the socio-economic factors including natural resources, governance, economic indicators and equity would be required to be fully taken into account. Attention would also be required to address prevailing peace and security issues since sustainable development and sustainable peace are reciprocally reliant. Constant teamwork and collaboration is must in this regard between the governments, the UN, civil society and non-government organization sector operating in that particular country.

Civil society is nowhere to been seen in the entire effort. It either remains indifferent and dormant in effort towards attainment of SGDs in Pakistan or not being given space to exert. The later seems more relevant when government response is seen towards the civil society participation. Less attention has been paid to discussing the roles and responsibilities that civil society should take in achieving these goals.

It is civil society’s responsibility to translate and interpret these global goals at local level. Civil society is the only stake holder that can effectively articulate the requirements, hopes and aspirations of the poor and down trodden identifying critical service-delivery gaps. Pakistan is yet to unravel the potential roles of civil society and CSOs as yet.

One of the reason for these failed partnership by government was suspicion coxed stringent policies by government towards NGOs and civil society in the country. For years rather decades NGOs have been working in Pakistan in close partnership with government without any major problems.

However, over the last few years, NGOs particularly INGOs have been relegated as suspected proxies of hostile agencies. Without explaining much several NGOs had their approvals delayed or refused. Funds of such NGOs lapsed since agreements and MoUs with government could not be signed due to bureaucratic as well as clearance delays.

The negative and apprehensive perception regarding NGOs amongst government functionaries made partnerships with government as well as opportunity for pursuance of common goals impossible. Additional compliance conditions on pretext of Financial Action Task Force (FATF) and Anti-Money Laundering Law (AML) further enhanced the distrust and cynicism between NGOs and government. This lack of trust on the NGOs by government was not without a rational and reasoning. Government has its own acceptable and plausible reasons for this behavior as a number of NGOs and their international donors followed their self-interested agenda which, as defined by security agencies, fell in the realm of anti-state activities.

The government tried to find a solution to the trust issues and established government owned or sponsored NGOs. These organizations or GONGOs as they were called, did not have the ownership of civil society and were completely divorced from the priorities of civil society. While GONGOs could not earn the trust of masses in society and failed to deliver as desired, other NGOs operating in the country were seen struggling to keep their heads above water.

Even at present, without realizing the negative impact, the government is continuously increasing the depths of distressing waters around them in shape of strict legal and regulatory regime. In this process government has completely lost the key sector that could support it and success stories previously documented were completely forgotten where NGOs set excellent precedence for government to follow.

In Pakistan, the Rural Support Programs can be quoted as the brilliant and commendable examples for government and NGOs partnership which paid bonuses towards development in back ward areas of the country. These are examples to be quoted and followed.

The achievements of Aga Khan Rural Support Program (AKRSP), one of the initial ingenuities of Aga Khan Foundation inspired and guided government as well as other organizations to imitate and replicate its successful models. AKRSP while taking the local government on board introduced community participation in its projects. It focused the requirements of community as well as the responsibilities of government where it was lacking.

All the rural support programs in the country some way successfully followed this AKRSP methodology. Partnership and collaboration between Government of Pakistan and AKRSP not only raised the standards of life in backward areas particularly in the erstwhile northern areas (present Gilgit-Baltistan) but also capitalized on mutual cooperation to set models for government programs. Soon government programs such as National Rural Support Program (NRSP) in the central and programs like Balochistan Rural Support Program (BRSP) and Sarhad Rural Support Corporation (SRSC) in the federating units followed the AKRSP model.

The most important factor in these programs was forging alliances and partnerships with community and other organizations. Government, private organizations and civil society were seen as a team, complemented by international donors. These partnerships between the local communities, NGOs and the local government not only proved vital in bridging the intra-agency fissures but also paid dividends in instilling thinking and awareness about developmental strategies that could be implemented jointly by NGOs and the government.

Attainment of SGDs is not only an international obligation but are also in line with the promises made by government with its people. These lofty and idealistic goals cannot be achieved without consolidation existing and forming new coalitions by the government. Without leveraging the potential of civil society as well as NGOs in developing technical expertise and marshaling resources including much needed funds from international donors, SGDs will remain a distant dream for economically challenged government. This teamwork free from distrust, suspicion and doubt between governmental, non-governmental and civil society apparatus is the only way forward in this regard.

Government must realize the importance and potential of NGOs which can help muster regional and international support. While the government takes initiative to address and tone down prevailing chariness, NGOs must accept their responsibility towards the host country and its people understanding the security needs for regulatory compliance. Onus of responsibility equally falls on government, civil society and NGOs to meet the challenge of achieving development goals. NGOs must do a serious bid to improve relations and trust with the government and this can be done by clarifying their purpose, position and stance while offering their services to community and society at large. Associations free from mutual distrust, suspicion, doubt remain to be a major necessity for future efforts towards attainment of SGDs by the government.

Maybe it’s time to go backwards for the SDGs