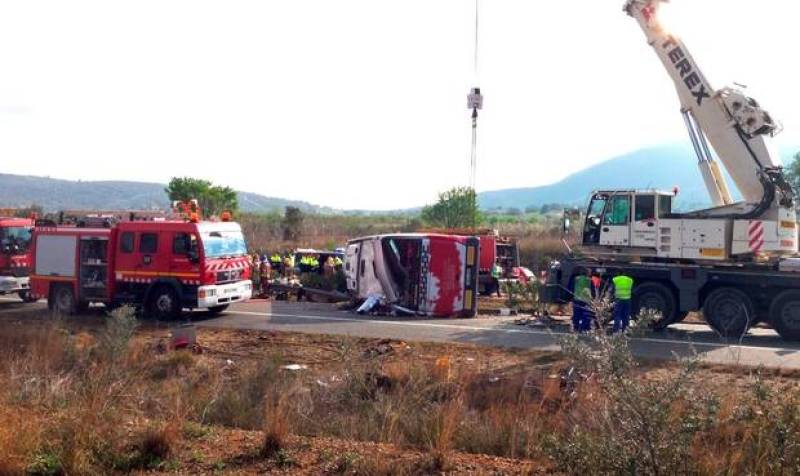 The students were enrolled at Barcelona University as part of the European Erasmus exchange programme, said Jordi Jane who heads interior matters for the Catalonia region.

The accident occurred near the small town of Freginals, about 150 kilometres (95 miles) south of Barcelona as the bus was returning from a traditional festival in the eastern city of Valencia.