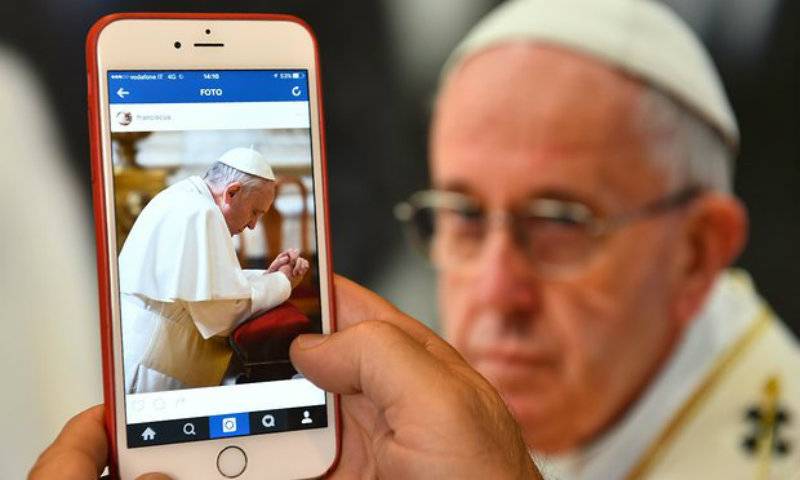 Within an hour of signing up to the photo-sharing app he had gained 10,000 followers. 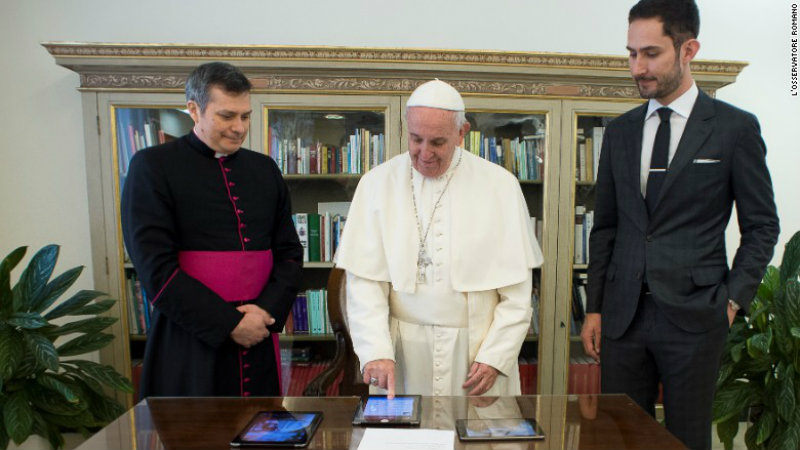 Not bad for someone who has only posted two photos so far but there are an estimated 1.2 billion Roman Catholics in the world.

He is using the name @Franciscus, Latin for Francis.

The first photo wasn't a selfie; it was a picture showing Pope Francis kneeling with his head bowed in prayer.

The accompanying caption reads "Pray for me" and is repeated in eight other languages.

The account won't be maintained by Pope Francis himself - other people within the Vatican will be responsible for the content. 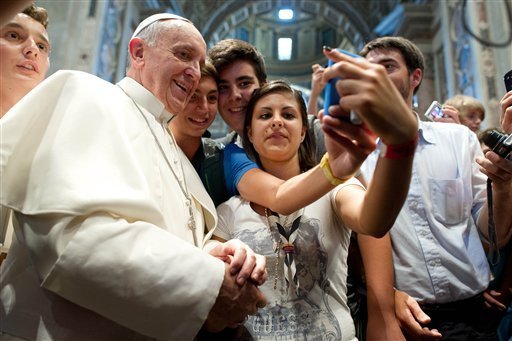 The Pope is no stranger to social media, he already has a Twitter account using the handle @Pontifex.

He used that to announce his presence on Instagram.

I am beginning a new journey, on Instagram, to walk with you along the path of mercy and the tenderness of God.

The Pope’s move comes at a time when the Vatican is trying to engage with younger Catholics through the use of social media.