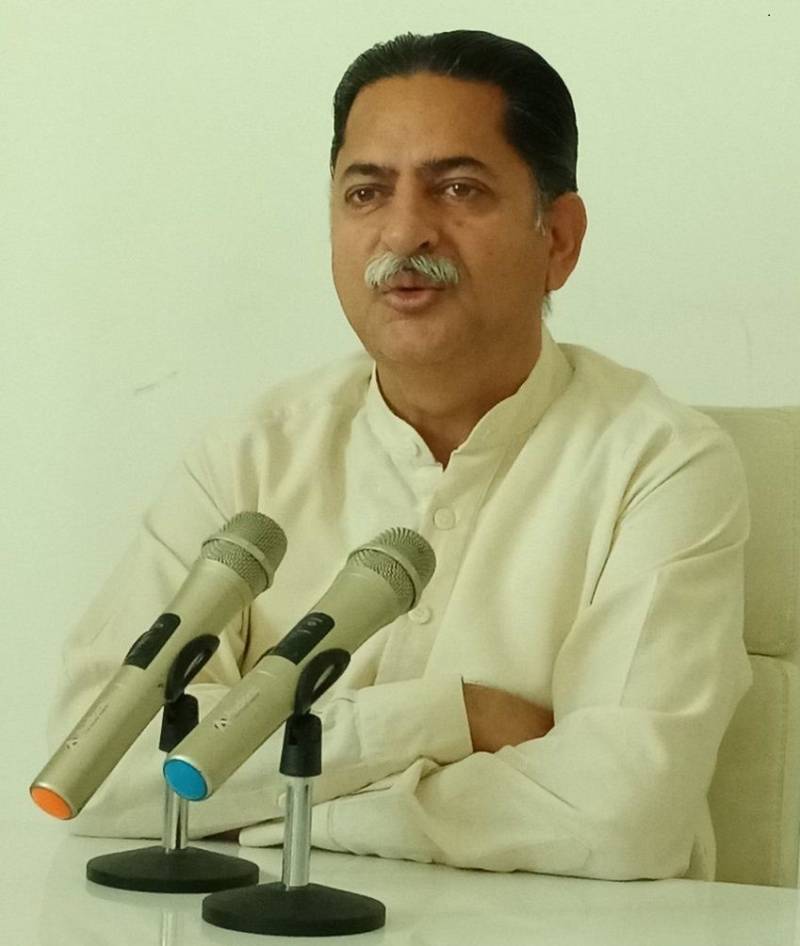 LAHORE – Police in Punjab on Saturday registered a case against PML-N MNA Mian Javed Latif, for maligning state institutions on a complaint filed by a citizen.

Jameel Saleem, a resident of Lahore, has filed the case against the MNA at the Township Police station.

The complainant further said that the MNA hurt the sentiments of the people to cause chaos in the country.

The FIR comes amid demands by various government officials to lodge a case against the MNA over his ‘Pakistan Khappay’ remarks, that has hurt Pakistanis.

The complainant, however, is not a government employee not has any relations with the government but is only a citizen of Pakistan.

Latif had hurt Pakistanis in a TV show by saying is anything happened to PML-N vice president Maryam Nawaz, the PML-N will not say 'Pakistan Khappay'.

Special Assistant to Prime Minister of Pakistan on Political Communication Dr Shahbaz Gill, and SAPM to the Punjab Chief Minister on Information Dr Firdous Ashiq Awan, condemned the PML-N leaders statement saying it has become evident the only thing dear to PMLN was money and it is the height of madness and shamelessness.