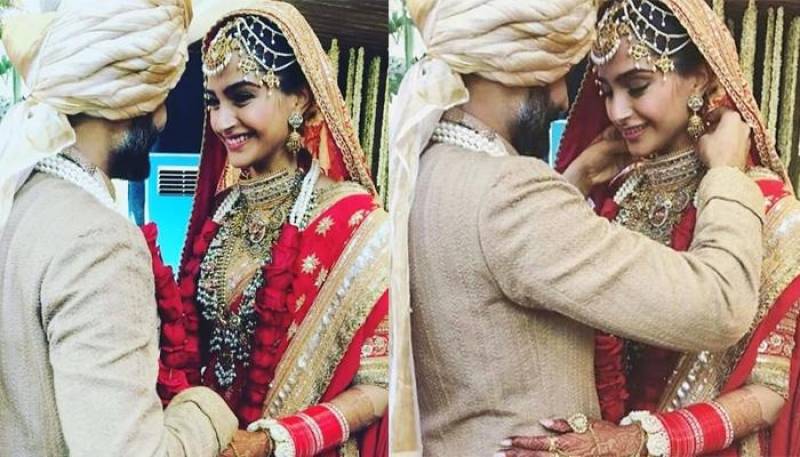 From dedication to professional commitments and delaying their honeymoon to Anand supporting his new wife at the Cannes Film Festival, these two are becoming major couple goals really fast.

However, there is one more extremely aww-worthy detail that we may have missed out on eventually. The 'Sawariya' actress was seen donning her mangalsutra tied not around her neck but around her wrist and we were all for this epic chic trend, especially if you are a working woman!

The actress shared a beautiful picture of the mangalsutra on her Instagram which features both Sonam's and her husband's, star signs!

Although this isnt the original peice of jewelry that Mr. Ahuja tied around her neck, this one is far more special since the bride designed it herself and had it made by famous jewellery designer Usheeta Devnani Rawtani. Sonam’s Gemini star sign can be seen on the left while Anand’s Leo star sign is to the right and the necklace is completed by a solitaire in the centre.