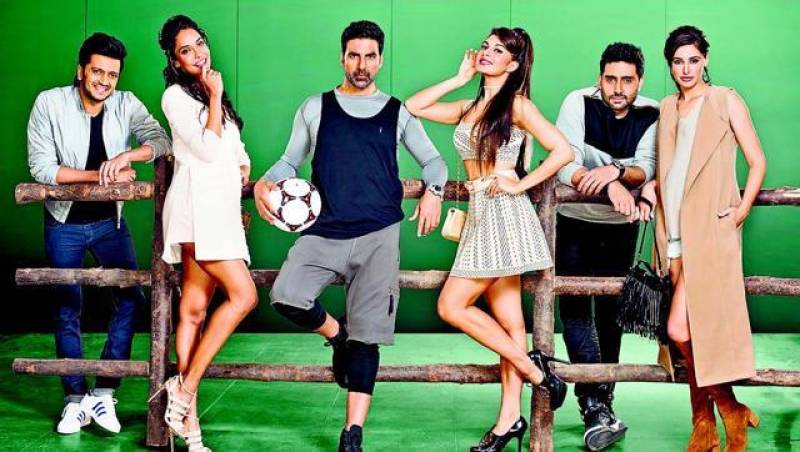 MUMBAI (Web Desk) - The first look of another sequel to the Housefull series has been finally been revelaed, which shows three couple together.

It shows actor Riteish Deshmukh, Akshay Kumar and Jacqueline Fernandez back together while the rest of the faces are new and this could be the biggest film in a long time for some of them.

Though the poster does not reveal much about the plot, it seems quite interesting and intriguing. The stars have been regularly seen feeding their social media accounts and from the looks of it, they seem to have been having a ball while shooting for the film. Check out so of the pics below.

Been shooting in England for #Housefull3. Made d most of my day off roaming around Norwich with the wife! #funtimes pic.twitter.com/PlTTAcJAuE

The film will be released next year.