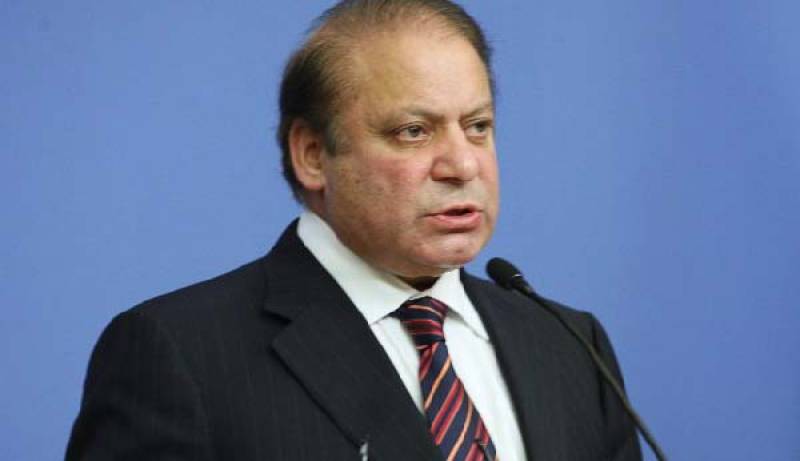 ISLAMABAD -Welcoming the decision by the Supreme Court over the Panama Papers, Prime Minister Nawaz Sharif on Thursday said he fully believed in upholding the supremacy of Constitution, the rule of law and complete transparency.

“I wholeheartedly welcome the start of proceedings in the Supreme Court with regard to Panama Papers,” the Prime Minister said in a statement issued by the PM’s Media Office here.

The Prime Minister said that since the beginning of Panama reports and even before any demand was made by the opposition, he had announced a commission comprising retired honourable judges of the Supreme Court, with the spirit of bringing actual facts before the nation, through transparent inquiry.

Nawaz Sharif said the only demand came (from the opposition) was the formation of a Commission headed by the Chief Justice of Pakistan and comprising serving judges of the Supreme Court.

The Prime Minister said, he accepted that demand too without any hesitation, adding, however, by starting the controversy of TORs (Terms of Reference), hurdles were created in the way of Supreme Court.

Prime Minister Muhammad Nawaz Sharif further recalled that the government, in the light of points raised by the Supreme Court, constituted a parliamentary committee for finalising the unanimous TORs.

Despite the clear majority of government in the Parliament, in terms of numbers, the Opposition was given equal representation in the parliamentary committee, he said, adding, “but despite our all efforts, consensus could not be achieved.”

Meanwhile, the Prime Minister said the government, in the light of Supreme Court’s letter, presented a bill in the Parliament to change the 1956 Court of Inquiry Act and make the Commission further effective and powerful.

But by carrying on a continued negative attitude and, contrary to the standard constitutional and legal requirements, a parallel bill was presented, he added.

The Prime Minister said besides addressing the nation twice on this subject, he also presented his detailed view in the National Assembly, adding, but by sabotaging all sincere government efforts, hurdles were created continuously in the way of transparent and impartial inquiry, from the other side.

He said, “The issue of Panama Papers has now been brought before the Election Commission, Lahore High Court and the Supreme Court. I fully believe in upholding the supremacy of Constitution, Rule of Law and complete transparency.”

“The court of people is giving its verdict again and again. It will be better to wait for the court’s verdict as well,” the Prime Minister maintained.----APP.