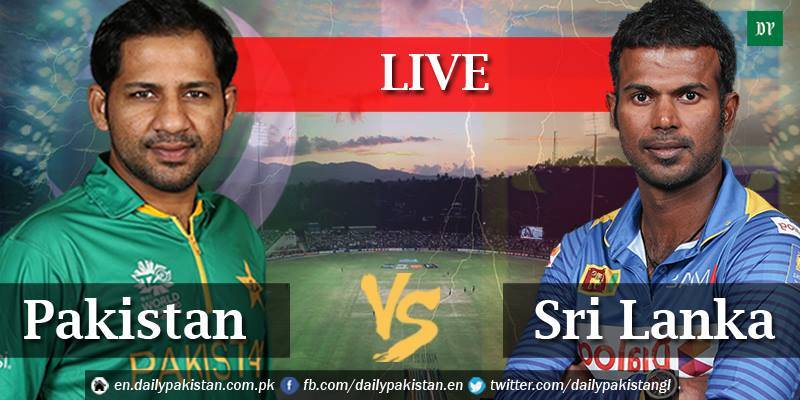 SHARJAH - Pakistan beat Sri Lanka by seven wickets in the fourth day-night international in Sharjah on Friday, taking a 4-0 lead in the five-match series.

Pakistan bowled out Sri Lanka for 173 in 43.4 overs before overhauling the target in 39 overs.

Debutant centurion Inam-ul-Haq and Fakhar Zaman returned to the pavilion after contributing a mere 19 runs and were soon followed by Mohammad Hafeez who made 9.

The innings stabilised after Babar Azam and Shoaib Malik made a stand and kept the scoreboard ticking, pushing their team towards another victory in the five-match ODI series.

Earlier, Sri Lanka's woeful batting continued as they were bowled out for another paltry total of 173 in 43.4 overs by Pakistan.

Medium pacer Hasan Ali (3-37) and spinners Shadab Khan (2-29) and Imad Wasim (2-13) were the chief destroyers as only Lahiru Thirimanne resisted with a 94-ball 62 on a flat pitch at Sharjah stadium.

Already trailing 3-0 in the five-match series, Sri Lanka were off to a disastrous start when their in-form skipper Upul Tharanga was bowled by debutant left-arm pacer Usman Shinwari for nought off his second delivery.

The Sri Lanka's decision of batting first after winning the toss appeared to be a miscalculated move as its top order crumbled very soon.

Opener Niroshan Dickwella scored 22 runs while his partner Upul Tharanga bagged a duck giving a blow to the team during the first power play.

Only Lahiru Thirimanne from Sri Lankan side resisted the Pakistani bowling line up by adding 62 to the total.

The whole side got back to the pavilion with 38 balls still in hand.

The Green Shirts have already wrapped up the five-match series 3-0, recording their seventh consecutive win in ODIs and the ninth victory in the last 11 matches after defeating Sri Lanka on Wednesday.

The Pakistani team has made two changes for Friday's encounter as debutant Usman Khan Shinwari will be showcasing his skills. Imad Wasim will be replacing  Fahim Ashraf.

The complete squad shared by PCB is as under:

Sri Lanka won the toss and they are batting first in the fourth match of the series. For live updates: https://t.co/5eaVSFb5au #PAKvSL pic.twitter.com/sBti4bk8Vc

The fifth and final ODI will be played in Sharjah on October 23. The two teams will also play three T20 internationals, the first two in Abu Dhabi (October 26 and 27) and the last in Lahore (October 29).