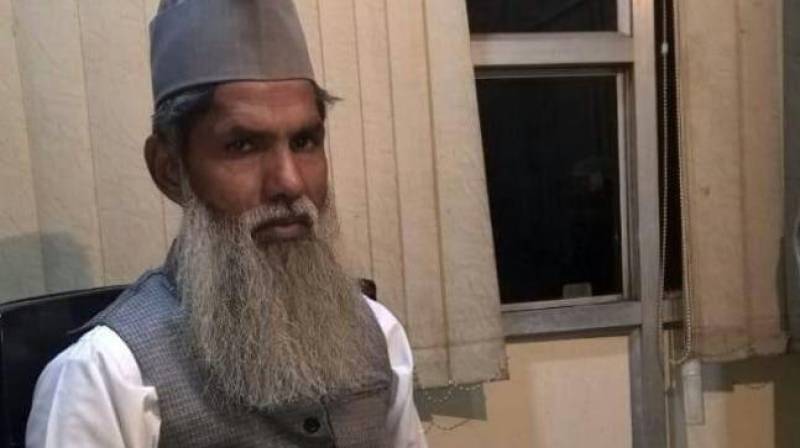 NEW DELHI - One of the former Hindu activists involved in the demolition of Babri mosque, Balbir Singh, is now named Muhammad Aamir after converting to Islam with a mission to build mosques.

The former Shiv Sena leader is on a mission to build and renovate as many as 100 mosques across the country to 'wash away sins' though he has to relocate to Hyderabad after embracing Islam.

Revealing his side of the story, Aamir said on December 1, 1992, he reached Ayodhya to join thousands of kar sevaks coming from across the country; on December 6 that year, according to Aamir, he was the first man to climb the middle dome.

"We feared that the army might have been deployed in large number. But on ground there was hardly any security, that gave us a boost and we were mentally prepared to demolish the masjid that day," said Mohammed Aamir.

Aamir along with many other kar sevaks from Sonipat and Panipat demolished the dome with spades and pickaxes.

'I was like an animal that day. Only briefly, I got scared when I saw a helicopter approach us from a distance. Then, the rallying cries from below reached my ears and I felt emboldened again and plunged my pick-axe into the dome,' he observed.

Aamir, who is now married to a Muslim woman, revealed that the reaction of his family was shocking as they disparaged the act.

What a story. A political worker of Hindu right wing who participated in the demolition of Babri mosque is now a Muslim and has built many mosques! pic.twitter.com/MQVRcFXgwJ

'My secular family denounced my actions. I had participated in the kar seva because I felt strongly about it, but I realized later that I was wrong,' said Aamir.

"I realized that I had taken the law in my hands and violated the constitution of India. Guilty, I embraced Islam," he added in a conversation with India Today.

The triple Masters in History, Political Science, and English expressed that he was ready to testify before the concerned authorities and face any punishment given.

However, for the atonement, he is also helping the Muslim community by building prayer places.