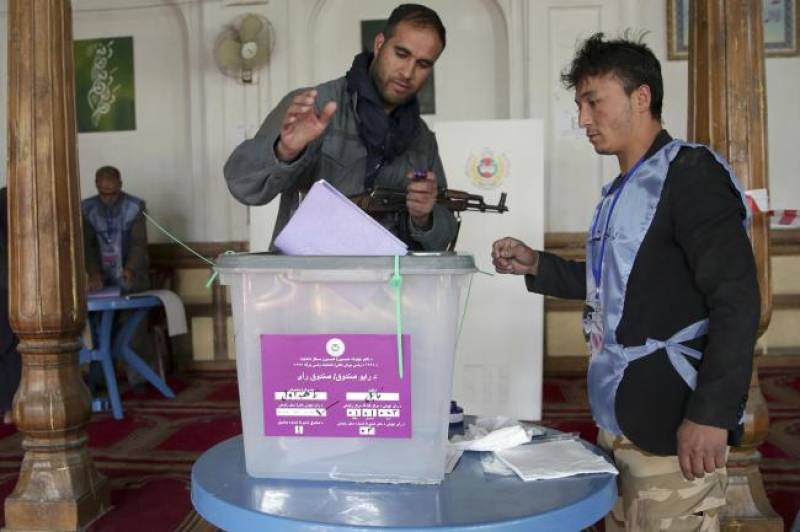 President Ashraf Ghani and First Lady Rula Ghani cast their votes. Speaking to reporters, the president said that efforts are underway to hold elections in two provinces Ghazni and Kandahar where the poll was postponed due to law and order situation.

According to the country’s election authority, at least 8.8 million people are expected to vote for 2,500 candidates who are running for the Wolesi Jirga (lower house of the parliament).

More than 70,000 security personnel have been assigned to ensure the security of the parliamentary elections, the Ministry of Interior and Defence said.