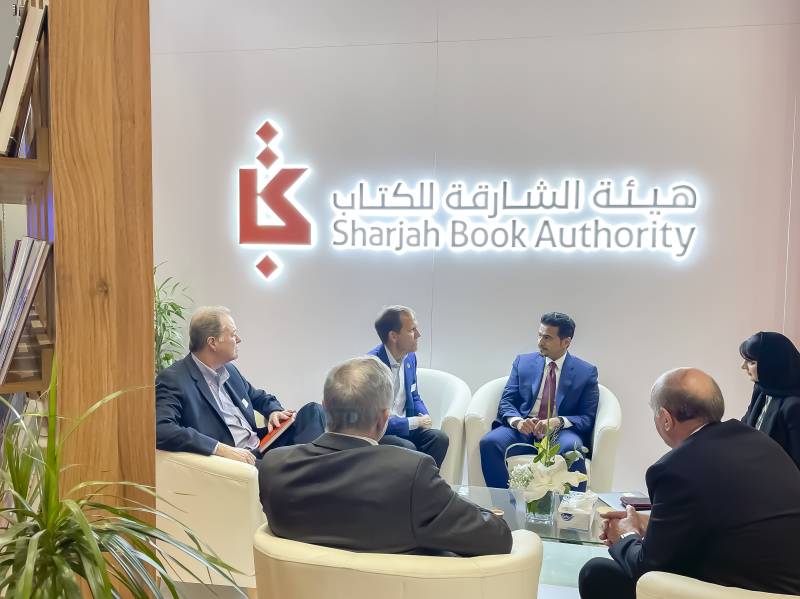 FRANKFURT – The Sharjah Book Authority (SBA) explored cooperation opportunities with leading publishers from Europe and the world, and discussed the scope of their participation at the upcoming edition of the Sharjah International Book Fair (SIBF 2022), during a series of meetings at the ongoing 74th edition of Frankfurter Buchmesse, which runs until October 23 and is hosting publishers from 95 countries.

The Sharjah pavilion welcomed 150+ publishers and industry professionals from around the world during the first two days of the book fair who were keenly interested to learn about their participation prospects in SIBF 2022 as well as about the incentives and services offered by the Sharjah Publishing City Free Zone, which has attained tremendous success in opening regional business opportunities to global players.

SBA has revealed that it forged partnerships with leading international players in the publishing industry, which will be announced soon.

SBA has also leveraged this international participation to introduce visitors to their initiatives and programmes like SIBF, Sharjah Children's Reading Festival, the Publishers Conference, Sharjah International Library Conference, the Sharjah Children's Book Illustration Exhibition,, Tarjuman Award, the SIBF Awards, and the recently launched Sharjah Rights Connection Awards - all aimed at advancing the capacities of publishers, authors, and translators to advance the sector globally.

On the sidelines of the book fair, HE Ahmed bin Rakkad Al Ameri, Chairman of SBA, and Mansour AlHassani, Director of Publisher's Services at SBA, discussed with the official representatives of the Seoul International Book Fair and Guadalajara International Book Fair, the preparations underway for Sharjah's participation as Guest of Honour at both forthcoming events. 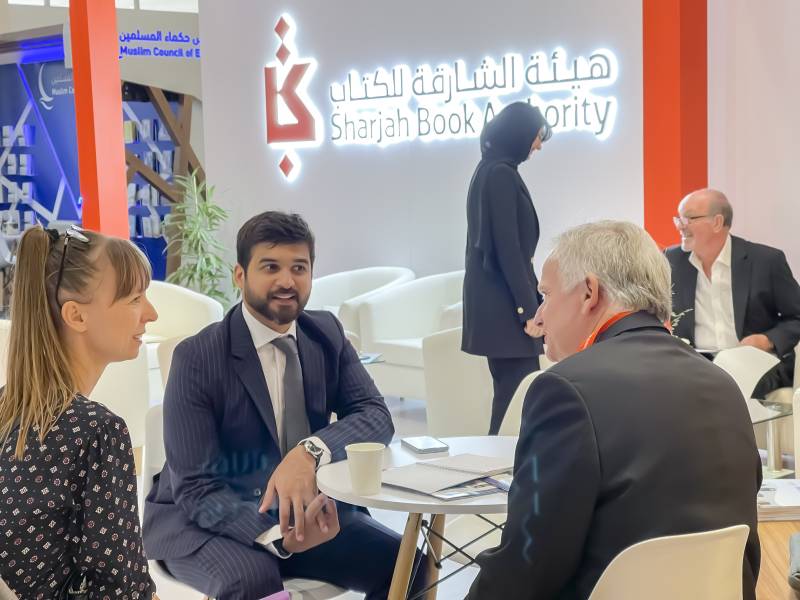 During a series of separate meetings, Al Ameri explored future partnerships with John Ingram, Chairman of the Board of Ingram Content Group. He also met with Markus Dohle, CEO of Penguin Random House, and held another meeting with Perminder Mann, CEO of Bonnier Books UK.

Commenting on the participation, HE Ahmed bin Rakkad Al Ameri, said: “Participation in international events, such as the Frankfurt Book Fair, is part of our ongoing efforts to advance the publishing sector in the UAE and the region, and strengthen Arab presence in global cultural venues, which stems from the vision of His Highness Sheikh Dr. Sultan bin Muhammad Al Qasimi, Member of the Supreme Council and Ruler of Sharjah, and aligned with the emirate's cultural project that is focused on building humankind and advancing the publishing industry locally and in the Arab world.”

He added: These participations offer us the opportunity to converse with stakeholders of the creative industry and form part of our preparations for the upcoming SIBF and Publishers Conference. Over the years, Sharjah has become a global cultural leader, and many publishers, writers and creatives look forward to participating in our events. This eagerness has been reinforced by the amazing turnout of visitors to the Sharjah pavilion at this book fair, especially from those interested in establishing and strengthening their presence in Asian and African publishing markets.

For his part, Mansour AlHassani, Director of Publisher's Services at SBA, stressed that SIBF's status as the world’s largest book fair, which was achieved by its 40th edition last year, has placed the emirate in a unique and central position for publishers in the industry, and built bridges between Arab publishing and their international counterparts. He pointed out that creatives in the industry are eager to learn about the emirate’s future initiatives to benefit from them.

The SBA delegation also held several meetings with prominent entities, including the European and International Booksellers Federation, Simon & Schuster from Canada, USA-based HarperCollins Publishers, Chronicle Books from the USA, and Litera Publishing House from Romania, amongst others.

SBA participates annually in the Frankfurter Buchmesse to highlight Sharjah's efforts to develop and advance the publishing and translation sectors, promote its diverse cultural agenda and programmes, and the opportunities and services of the Sharjah International Literary Agency to interested parties.