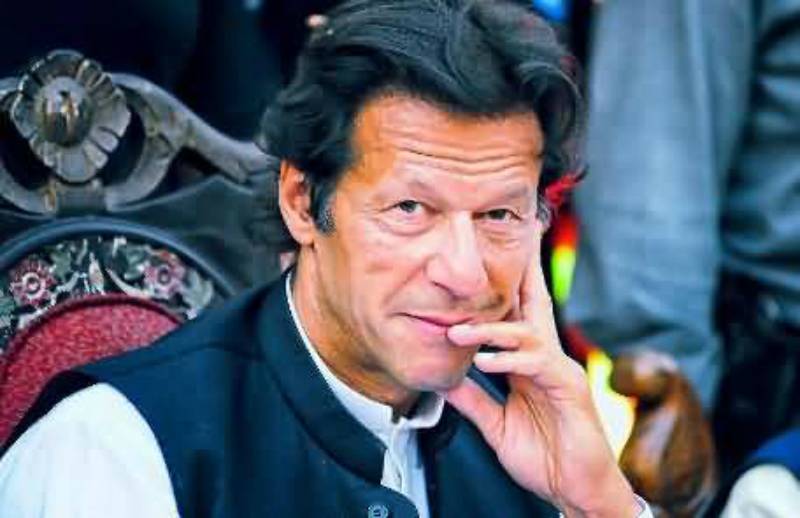 LAHORE - PML-N diehard workers are improving their aim to hit Imran Khan’s face with an egg or tomato after being promised a big reward: Rs100,000 for each perfect shot.

A terrible clash is expected at Raiwind between the workers of ruling Pakistan Muslim League-Nawaz and Pakistan Tehreek-i-Insaf during the latter’s march towards Jati Umra - the residence of Sharif family - in the wake of Panama Papers.

Armed with batons, eggs and tomatoes, the members of Hamza Youth Wing are taking out rallies in Gujranwala - a stronghold of PML-N. 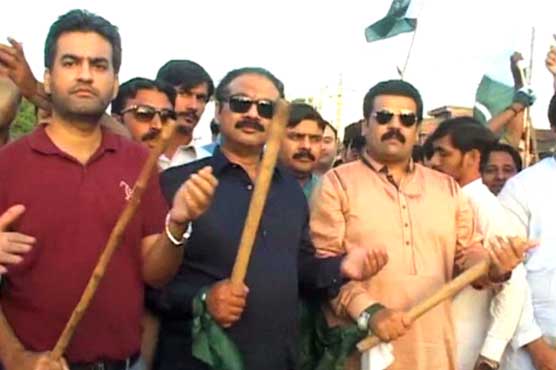 Media reports suggest that the Wing has announced a Rs100,000 reward for each hit on Imran Khan’s face during his Raiwind march due on September 30.

For the very purpose, the lovers of Nawaz Sharif have started practicing with an effigy of the PTI chairman, the reports said.

“We will welcome PTI workers with eggs and tomatoes when they will march towards Raiwind,” said a member of PML-N’s Hamza youth wing, the other day.

A large number of eggs and tomatoes have been distributed among the party’s youth wing, who have pledged to save of sanctity of Jati Umra palace at every cost.

Tempers have running high on both sides as the PTI plans to march on Prime Minister Nawaz Sharif’s residence to protest his offshore accounts named in the Panama Papers. 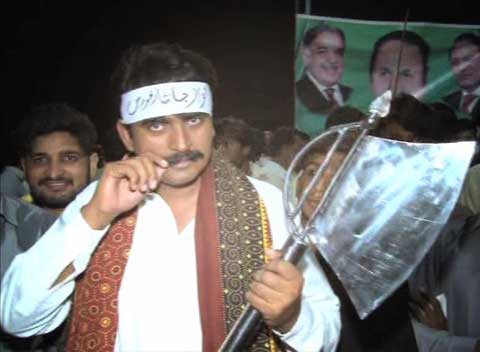 Last week, PML-N workers had established a force armed with sticks to welcome PTI workers at Raiwind. To counter the threats of PML-N, PTI organized a similar show in Multan which was also attended by large number of female workers. They warned that the PTI would respond equally to the acts of PML-N workers in Raiwind.

On Monday, during a press conference by Punjab Government’s spokesman Zaeem Qadri at the Lahore Press Club, Abdul Ghani Butt alias Dullah Butt, the brother of notorious Gullu Butt, forced his entry through the gate and was thrashed by the newly formed force of PML-N. 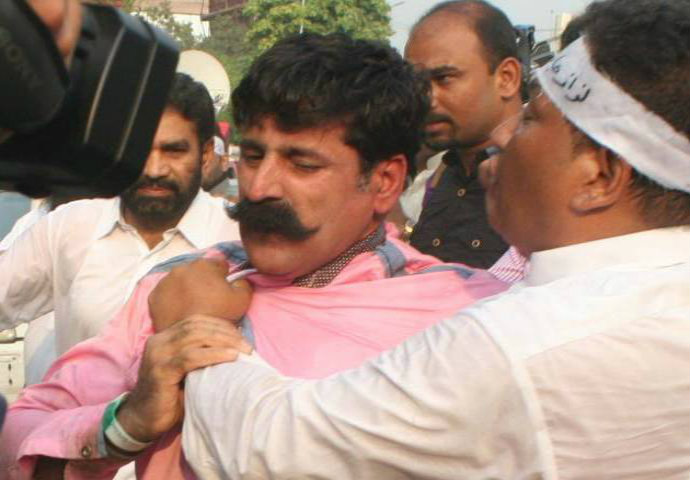 United under the banner of “Janisaran-e-Nawaz Sharif Force” (Nawaz Sharif lovers), the PML-N workers who aim to save the Sharif family from Imran Khan’s ‘tigers’, badly thrashed Butt who was later on rescued by police and taken into custody.

Butt reportedly used harsh and threatening language against the security men when he argued with the staff for not letting him inside.

Reports also suggested that he was beaten up by the PML-N stalwarts for ‘his support to rival PTI’. Dulla Butt is being disowned by both parties.