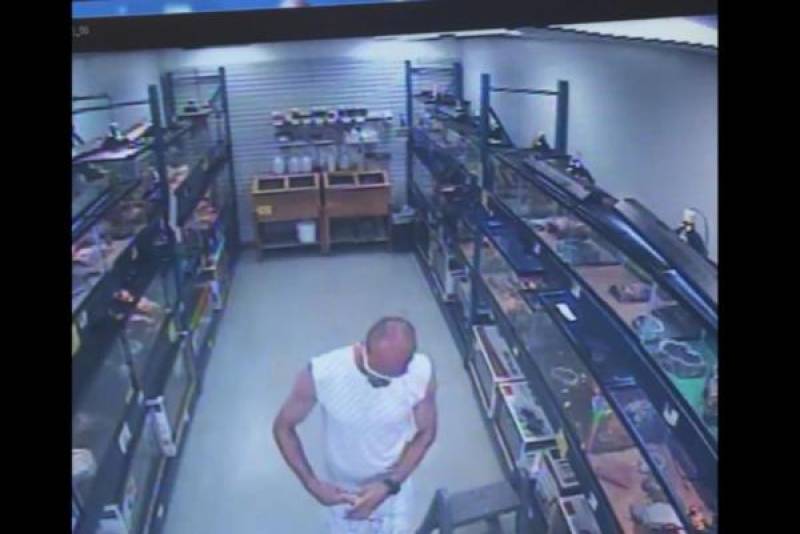 A security camera footage was released in Wisconsin in which a man is shown stealing a snake from a pet store, by shoving the serpent into his pants!

According to sources, an unidentified man walked into the 'Pet World' store, shoved the snake into his pants, and walked out of the store without paying for the $105 animal.

Store employees claimed that the man was a regular, but they never asked for his name.