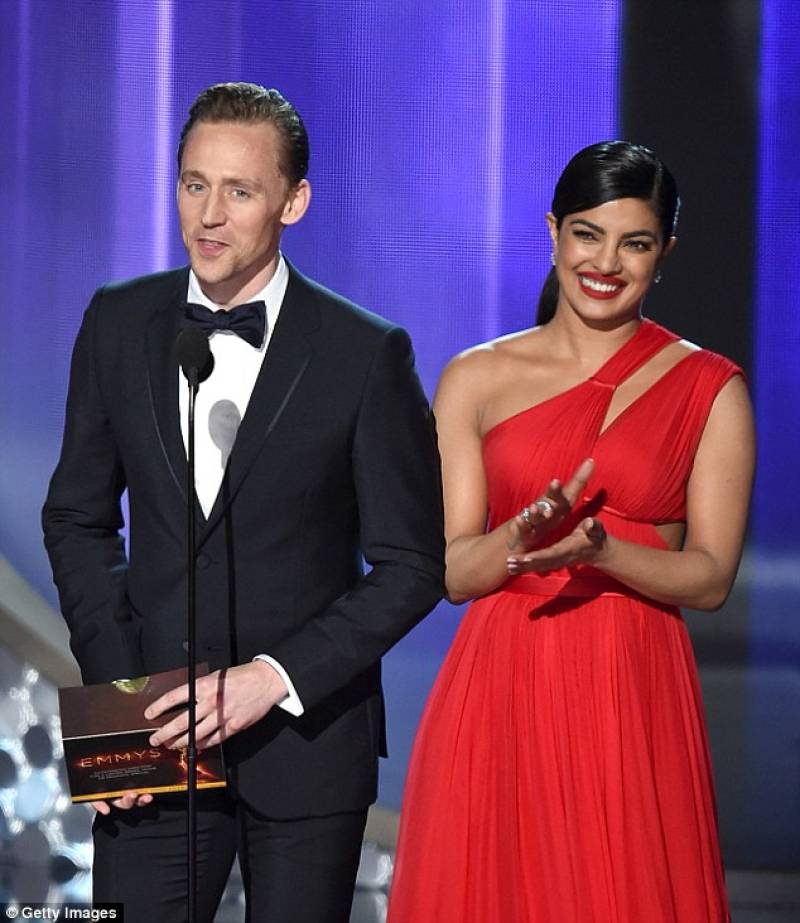 Tom and Taylor broke up earlier this month after a three-month relationship, and according to a statement by Tom, they are 'still friends'.

Sources further stated that Tom was seen getting cozy with the lead in Quantico and Indian beauty Priyanka, at the after-party of the ceremony.

Tom was a nominee for Outstanding Lead Actor in Limited Series or Movie.

Apparently Hiddleston and Priyanka put on a very flirty display at the AMC Emmys after party after getting close presenting the award earlier in the night, according to Daily Mail.

'Priyanka fixed Tom's bow-tie and then the two kissed on both cheeks. They proceeded to put their phone numbers in each other's phones before embracing in a long hug and several kisses on the cheek.'