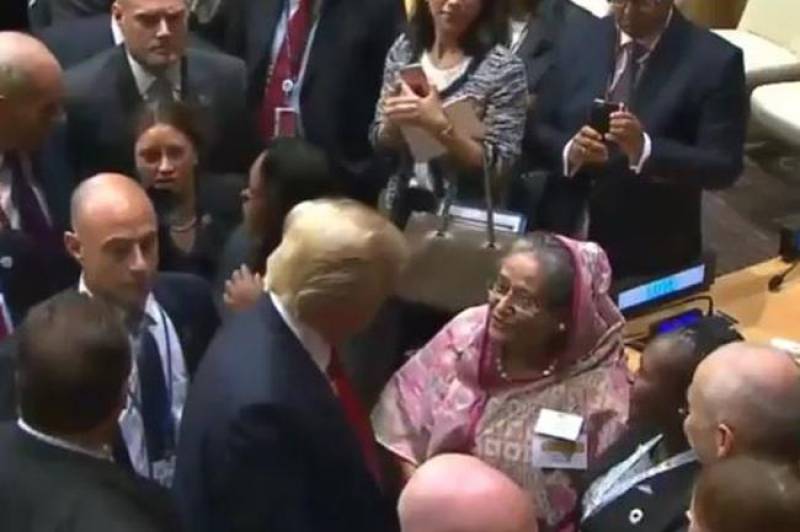 Haseena Wajid isn’t happy at all with the conversation and in a video address she criticized Trump’s negligence to the critical issue of Rohingya Muslims.

She said, “He asked, ‘How is Bangladesh?’ and I said, ‘Bangladesh is doing very well in other ways but only problem that we have is the refugees from Myanmar.’ But he didn’t make any comments at all”.

This negligence on President Trump’s behalf to one of the most critical issues - of present day - didn’t go unnoticed by Mrs. Wajid.

She responded on Trump’s behavior and said, “I didn’t ask him for help. We know how his (Trump’s) mind is. So why should I ask if he doesn’t feel that these people are distressed people, they are living in distress, they need assistance.”

“Well, Yes! Bangladesh is not a rich country, it’s true”, she added, “We have 160 million people in a small geographical land. But if we can feed 160 million people, we can (feed) another 500-700,000 people. We can share our food, we are ready to do it and our people are already doing it.”

The ethnic cleansing – as per United Nations - of Rohingya Muslims in Mynamar has raised the concerns of International Community. The UN and Human Rights groups are calling for actions to save the community.

It is to be noted that since august 25th, 412,000 people have fled Mynamar and have migrated to Bangladesh, making it the world’s fastest growing refugee crisis.

Huge rally held in Canada to remember Sikh genocide in 1984