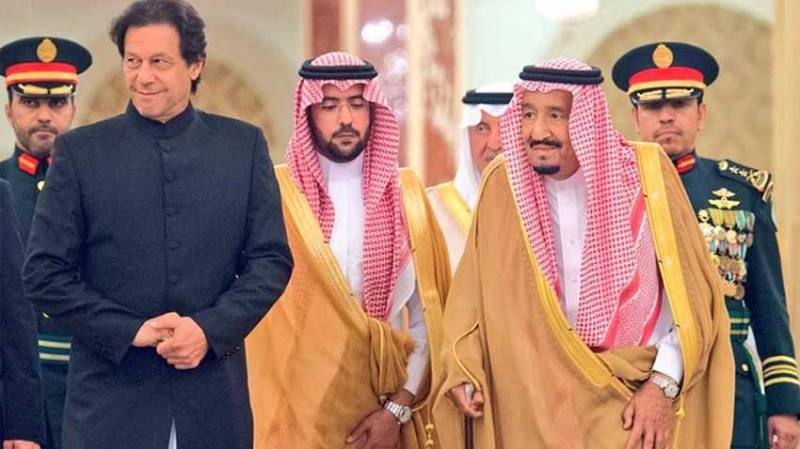 LAHORE – The China Pakistan Economic Corridor (CPEC) is set to get a major push as Saudi Arabia has agreed to join the multi-billion-dollar project with a US$10 billion investment.

With the Islamic Kingdom joining the Belt and Road Initiative (BRI) of the Chinese government, the major stakeholders – Islamabad and Beijing – will speed up the efforts to complete projects as soon as possible.

Reports in media suggest Saudia Arabia is going to turn Gawadar – a key port in southwestern Balochistan province - into an oil city, which was part of an agreed plan with China. Before striking an agreement with the Saudis, reports say, Pakistani leadership took the Chinese into confidence.

The Saudi investment, yet to be announced by the government, is some 90 percent of the success Imran Khan has achieved during his first foreign visit to the brotherly Muslim nation, as the PM had aimed for a total of US$15 billion investment.

Addressing a press conference in Islamabad, the minister revealed the discussions that took place between premier Imran Khan and Saudi royals in a two-day visit, confirming that the petro-state would invest in the CPEC as an economic partner.

The minister highlighted that with the latest visit, there would be a new shift in the strategic ties between the Muslim states, a consultative committee for which has been devised.

‘Saudi Arabia and Pakistan would stand by each other on each and every occasion,’ said the minister.

The minister was part of the PM’s team, who met the Saudi monarchs to get an assurance of ‘maximum assistance’ to Pakistan.

As the premier concluded his two-day visit to Saudi Arabia and the UAE, which is also going to invest massively in the CPEC, Pakistan’s Army Chief General Qamar Javed Bajwa met Chinese President Xi Jinping in Beijing on a special invitation to discuss regional security environment, challenges and way forward.

The $50 billion China-Pakistan Economic Corridor (CPEC) is the flagship project of the multi-billion dollar Belt and Road Initiative (BRI), an ambitious project of President Xi aimed at enhancing China's trade around the world through massive infrastructure projects.

"While we work for peace, we need to stay strong to thwart designs of all inimical forces challenging our resolve. We greatly value Chinese support," Gen. Bajwa was quoted by Inter Services Public Relations (ISPR) as saying.

President Xi told the top Pakistani general that those who oppose these project will "never succeed" as these are initiatives aimed at fostering peace and development.

India has opposed the CPEC project.

General Bajwa, who is in China, had called on President Xi after his meetings with the top Chinese military officials, including General Zhang Youxia, the vice chairman of China's Central Military Commission.