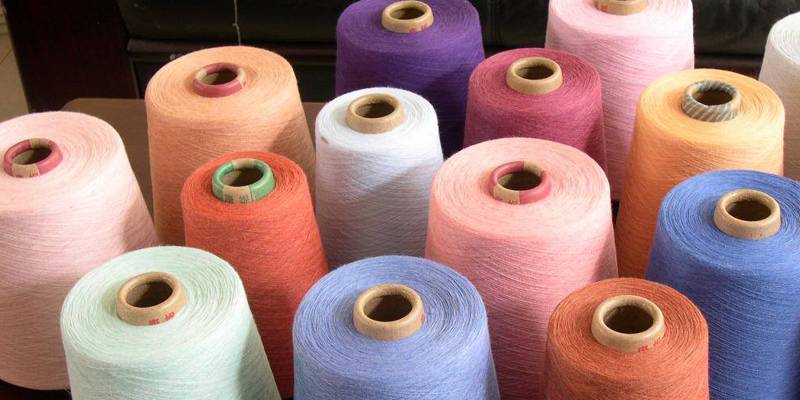 ISLAMABAD -  Textile group exports from the country during the first two months of the current fiscal year (July-August) grew by 3.71 percent as compared to the corresponding period of the last year.

During the period from July-August, 2018 textile products worth $ 2.280 billion exported as compared the exports of $ 2.179 billion of the same period of last year, according to the latest data released by the Pakistan Bureau of Statistics on Wednesday.

On month on month basis, the textile group exports from the country also witnessed 7.33 percent growth in August 2018 as compared the same month of last year. During the period under review country earned $ 1.258 billion by exporting the textile products as against the $ 1.172 billion of the same month last year, it added.

In first two months, the textile products which recorded positive growth in their exports included cotton yarn by 6.52 percent, yarn other than cotton by 2.84 percent, knitwear by 11.29 percent, bed wear by 2.72 percent and towels by 7.02 percent respectively.

The textile items with negative growth in their exports during the period under review including raw cotton by 62.14 percent, cotton cloth by 0.69 percent, and other textile products by 13.13 percent respectively.

About 1,988 metric tons of yarn other than cotton yarn valuing $ 5.065 million exported during the period under review as compared the exports of 1,725 metric tons worth $ 4.925 million of the same period of last year, the data revealed.

The country exported about 21,440 thousand dozens of knitwear worth $ 488.815 million in first two months of the current financial year as compared the exports of 16,992 thousand dozens valuing $ 439.224 million of the same period last year, it added.

Meanwhile, 7,450 thousand dozens of readymade garments valuing $ 435.425 million during the period under review as compared the exports of 6,108 thousand dozens worth $ 418 million of the same period of last year.

During the period under review, exports of raw cotton came down from $ 8.695 million in July-August, 2017 to $ 3.292 million in the same months of the current financial year, recording decrease of 62.14 percent.