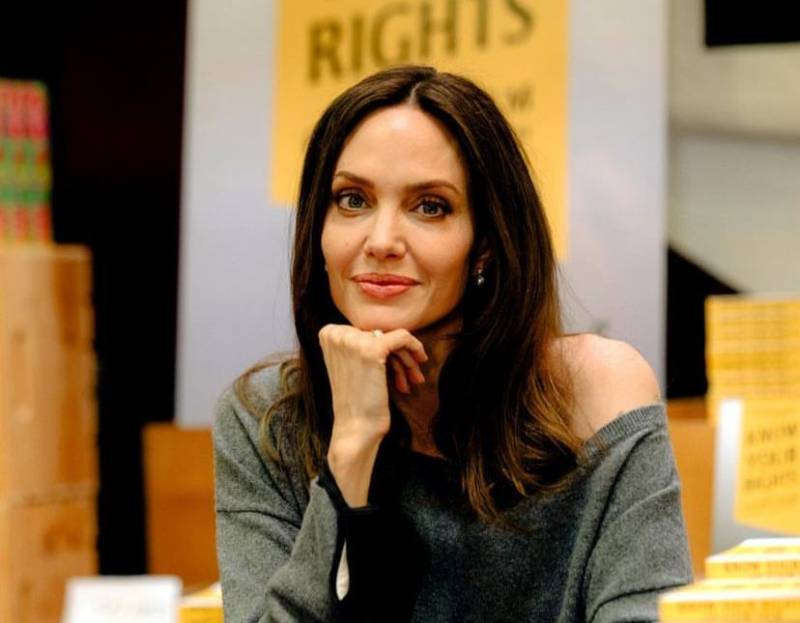 Hollywood star, humanitarian and activist Angelina Jolie has arrived in Pakistan to support and directly speak to families affected by floods.

Jolie is currently in Dadu, Sindh where she is visiting to survey the damage caused by the floods. According to a press release issued by the International Rescue Committee, she has arrived to witness and gain an understanding of the situation and to hear from people about their needs and steps to prevent such suffering in the future.

Angelina reportedly arrived in Dadu’s Zamzama oil fields via helicopter and used a boat to survey the area in Johi and its surrounding areas. She is expected to provide aid to flood-affected people.

Moreover, the Maleficent actor will highlight the urgent support needed for the people of Pakistan and long-term solutions to address the crises of climate change and human displacement.

The 47-year-old is no stranger to the country with the second-largest Muslim population as she had visited the country several times since becoming a goodwill ambassador for the UN refugee agency.

Earlier, she visited Pakistan in 2010 following the massive floods that devastated parts of the country. Prior to that, she had toured the country thrice to highlight the decades-long plight of Afghan refugees living in Pakistan.

ISLAMABAD – Hollywood star and noted humanitarian Angelina Jolie will visit the South Asian country in a bid to ...