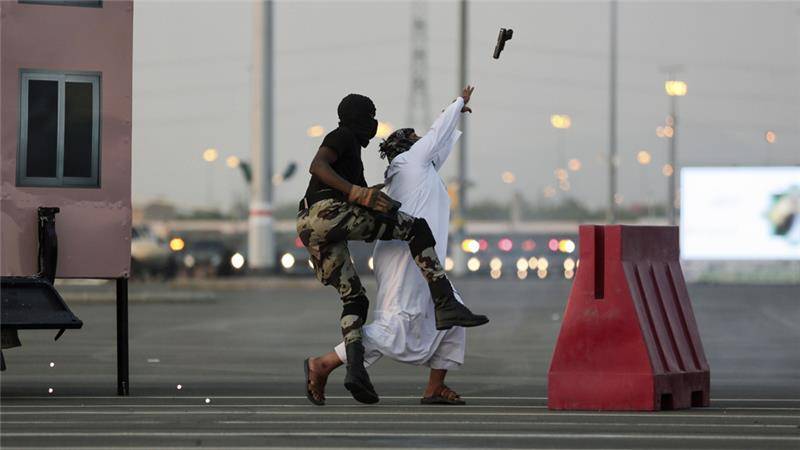 RIYADH - Four men were killed on Sunday as they attacked a Saudi security service based in a town north of Riyadh, local media reported.

It said the attackers had rammed a vehicle into a security barrier around the base in an attempt to gain entry.

Two gunmen then stepped out of the vehicle and opened fire, sparking a gun battle with police, who killed them, the paper reported. A third attempted to flee but was also gunned down, while a fourth died as he tried to set off an explosive belt.

It did not mention any casualties among security personnel.

The Saudi-owned satellite channel Al-Arabiya also reported four people died during an attack, but did not give details.

On April 7, two men armed with explosives were killed and two others arrested as they attacked a security checkpoint in a predominantly Shiite region in eastern Saudi Arabia, which has seen years of demonstrations against the Sunni royal family.

An estimated 10-15 percent of the ultra-conservative kingdom's 32 million population are Shiite, although no official figures exist.