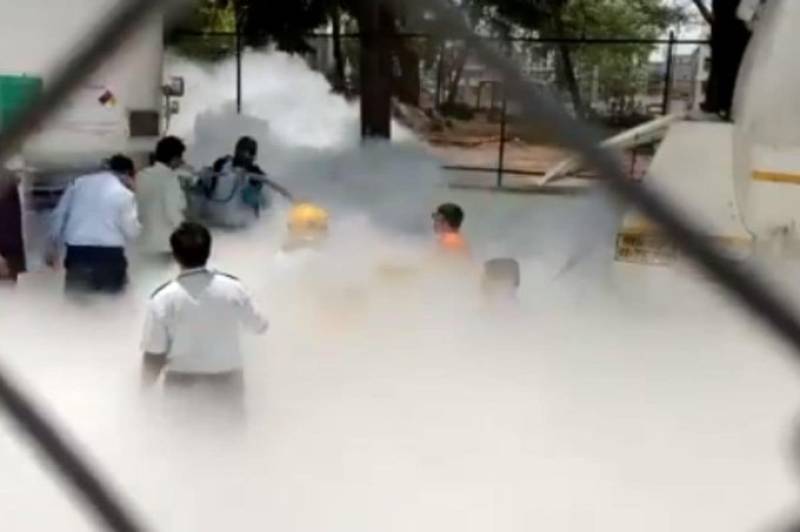 NEW DELHI - At least 22 COVID-19 patients died on Wednesday at a hospital in India after an oxygen storage tank ruptured during refilling process.

The incident occurred at Zakir Hussain Hospital in Nashik, the worst-hit city by the pandemic in Maharashtra.

A senior Indian official said that a technical fault in a valve of the oxygen tank caused the leak, depriving several critical patients of oxygen support.

Indian Prime Minister Narendra Modi has called the incident "heart-wrenching. “The tragedy at a hospital in Nashik because of oxygen tank leakage is heart-wrenching. Anguished by the loss of lives due to it. Condolences to the bereaved families in this sad hour,” he tweeted.

Rahul Gandhi, leader of Indian National Congress, also termed the incident extremely tragic. "My heartfelt condolences to the aggrieved families. I appeal to State Govt and party workers to provide all possible assistance," he tweeted.

The incident comes as the South Asian country is facing devastating second wave of the pandemic that has forced the government to impose strict lockdown in parts of the country.