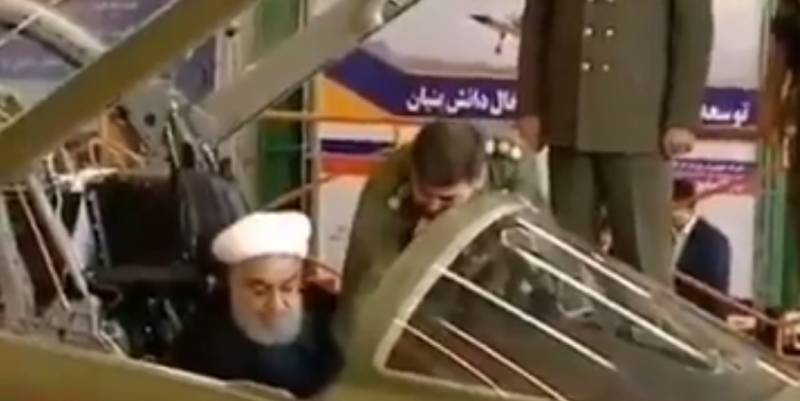 TEHRAN - Amid rising tension between Tehran and regional players in the Middle East, Iran unveiled on Tuesday its first homegrown advanced combat plane at a defence show.

According to Iranian media, the new jet named Kowsar was fully domestic made, and it is capable of carrying various weapons. The combat plane will be used for short aerial support missions, Tasnim news agency said.

Images circulating on state television showed President Hassan Rouhani sitting in the cockpit of the "Kowsar" at the National Defence Industry exhibition.

With the latest avionics and multi-purpose radar, it is a fourth-generation fighter jet, which has already completed its successful test flight.

Iran's Defence Minister Amir Hatami, on Saturday, made the first announcement about the "100-percent indigenously made," adding that it will be put on display for public next week.

He gave few details of the project, focusing instead on Iran's efforts to upgrade its missile defences.

Hatami said the country's defence programme was motivated by the threats from Israel and the United States, apparently referring to US President Donald Trump's recent comment that all options are on the table for the Islamic republic.

Building an advanced fighter jet would boost the ability of Iran's air force, which has been limited to few old Russian combat planes or ageing US models.

In 2013,  Iran unveiled a domestically built fighter jet, called Qaher 313, but some experts expressed doubts that it would not be useful.

Iran focused on developing a large domestic arms industry following international sanctions which barred him from importing weapons from other countries.