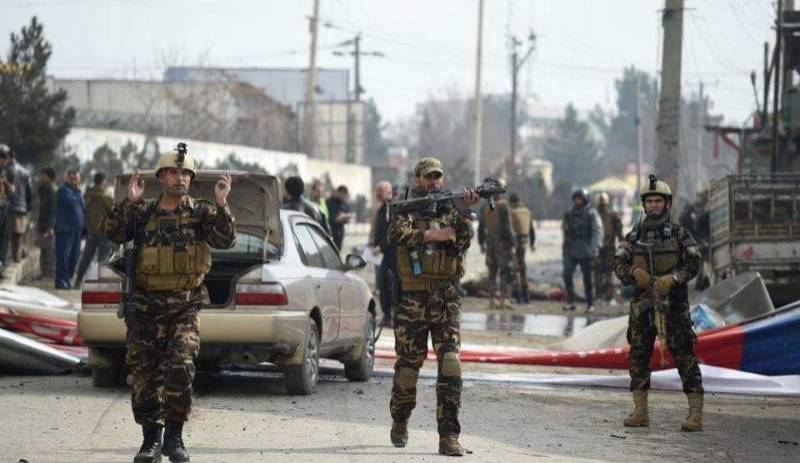 KABUL – At least nine rockets landed in Afghanistan’s capital city on Tuesday at a time when President Ashraf Ghani was delivering his speech after Eid-ul-Adha prayer.

Initial reports indicate the rockets were fired at the Presidential Palace and around the Green Zone, hurting two people, who were rushed to the hospital.

Two of the militants have been killed by security forces in the ongoing clashes, reported local media.

"There are groups that continuing the violence and with the firing of rockets they cannot stop the people of Afghanistan's development," Ghani said in response to rocket attacks, apparently aimed at him.

The attack comes as the Taliban rejected a ceasefire offer from the Afghan government on Monday, saying they would continue with their attacks.

The Asian country marked the 99th anniversary of their independence from the British Empire occupation amid deteriorating security situation on Sunday, with two rounds of rockets fired into the eastern side of Kabul.

Afghan people under the leadership of then king Amanullah Khan regained independence from Britain on Aug 19, 1919.

Pakistani Premier Imran Khan condemned the rocket attack on the presidential palace and expressed that the country sided by Kabul in the fight against terrorism.

Pakistan condemns rocket attacks on Kabul close to the presidential palace during Eid prayers and urges all parties to respond to the Afghan Government’s ceasefire offer.

Foreign office spokes Muhammad Faisal in a tweet said that Pakistan "urges all parties to respond to the Afghan Government’s ceasefire offer."