Hilarious wish by Sania Mirza for Hasan Ali on his wedding 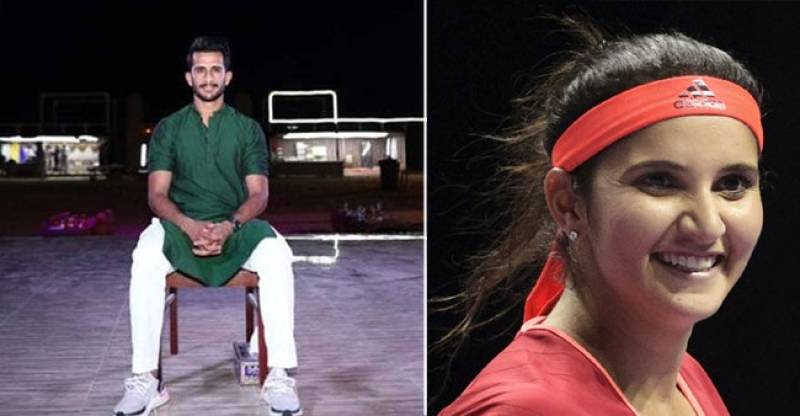 DUBAI - Announcing his marriage on Tuesday (20 August) late night Pakistani pacer Hassan Ali took to twitter and twitted that it is his last night as a bachelor. He also posted a picture sitting on a chair in the night. On this, Sania Mirza wished him and asked for the treat.

Congratulations Hassan ❤️ wish you both a lifetime of love and happiness .. this time you’ll have to treat us to more than Nandos though 😅😅 https://t.co/CEXysWNv4F

Hassan Ali  tied the knot with  an Indian woman Samiya Arzoo. The lavish wedding ceremony, held at one of the most expensive hotels in Dubai, was attended by Hasan's close friends and relatives.

Hasan will become the fourth Pakistani cricketer to get married with an Indian girl, after Zaheer Abbas, Mohsin Khan and Shoaib Malik.

Malik had a high-profile wedding with Indian tennis star Sania Mirza in April 2010 and former captain Abbas was the first Pakistani player to marry an Indian woman.