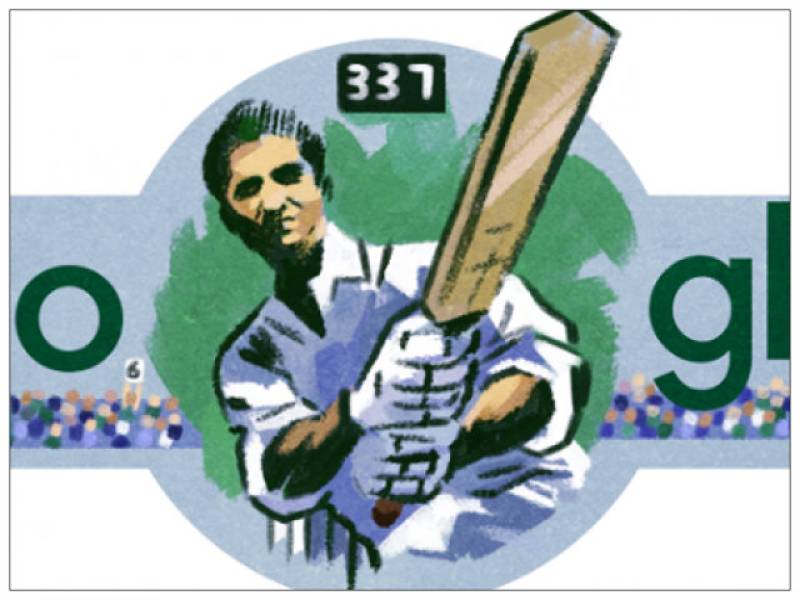 ISLAMABAD – The largest internet search engine, Google on Friday paid tribute to Pakistan's legendary cricketer Little Master Hanif Mohammad with its doodle feature on his 84th birthday which is celebrated on December 21.

Google honours prominent personalities and occasions with special logos that it calls 'doodles'.

"Hanif and his record-breaking athleticism are even credited with helping popularize cricket in Pakistan,” Google wrote.

Today marks the 84th birth anniversary of #HanifMohammad – the Little Master who left a lasting impression on the game of #cricket for all times to come, through his sheer batting prowess and skillful brilliance. #LegendsofCricket pic.twitter.com/3jDutlXQum

Hanif Mohammad was born on December 21, 1934 in the Indian city of Junagadh.

He played for Bahawalpur, Karachi and the Pakistan International Airlines. He made his international debut against India in New Delhi in 1952 and played the last game of his career against New Zealand in Karachi in 1969.

Hanif Mohammad played 55 matches in a 17-year Test career and is best remembered for his epic 337 v West Indies in Bridgetown in 1958, an innings that lasted 970 minutes - the longest ever in Test history. pic.twitter.com/EG3VWgPkwg

Mohammad played 55 test matches for Pakistan and scored 3,915 runs. He became the first

Pakistani batsman to score a triple century in test cricket as he scored 337 runs against the West Indies in Barbados.

The batsman also captained Pakistan in 11 test matches. He was also a bowler as well as a wicket keeper. He passed away on August 11, 2016 in Karachi.