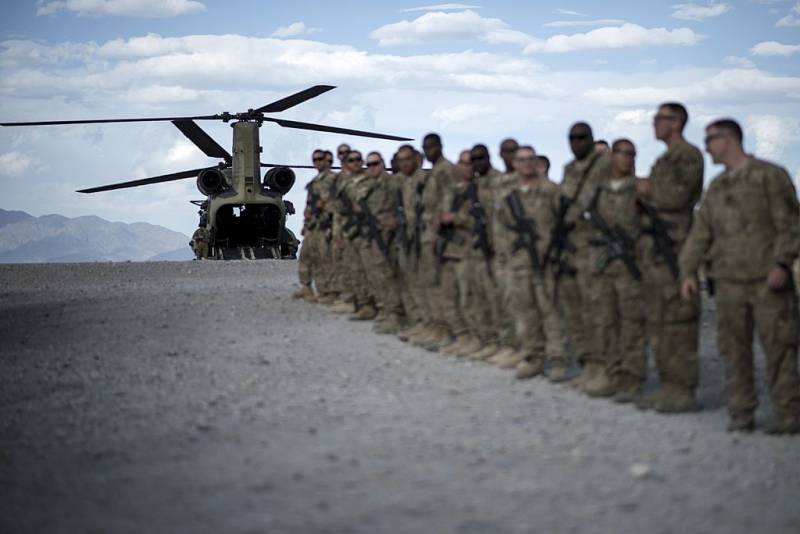 The Wall Street Journal, which was first to report the development, said that the administration is considering a "significant drawdown" of US troops in the country, saying it could start as soon as within several weeks.

Other media outlets similarly reported that the administration was considering a "significant reduction" in military personnel in Afghanistan.

The White House and Pentagon made no immediate comments.

The reports came shortly before news emerged Thursday afternoon that Defence Secretary James Mattis had submitted his resignation to President Donald Trump, effective in February. Mattis wrote in his resignation letter that Trump should choose a replacement "whose views are better aligned with yours."

Reports about a drawdown in Afghanistan also come one day after President Trump stoked anger and confusion among a number of lawmakers and officials with his surprise decision to pull US troops out of Syria.

The idea of pulling back from Afghanistan drew a sharp rebuke from Republicans and Democrats on Capitol Hill. Senator Lindsey Graham, a Republican, said he recently returned from Afghanistan and maintained that ISIS/Da'esh remains a threat there.

"Our Afghan partners are incapable of subduing the threat posed by (ISIS/Da'esh) alone," Graham, a member of the Senate Armed Services Committee, said in a statement.

"The conditions in Afghanistan – at the present moment – make American troop withdrawals a high-risk strategy," he said. "If we continue on our present course we are setting in motion the loss of all our gains and paving the way toward a second 9/11."

Senator Jack Reed, the top Democrat on the Senate Armed Services Committee, told USA TODAY that the decision to withdraw troops from Afghanistan is not tethered to a strategy for the war there.

The decision to remove US forces will complicate negotiations with the Taliban over reconciliation with the Afghan government, Reed said.

"The message to the Taliban, especially the most difficult elements of the Taliban, is just to wait a little bit longer," Reed said.

Besides the current contingent of roughly 14,000 American troops, there are also 16,000 NATO and allied troops deployed in Afghanistan tasked primarily with training and advising the Afghan forces.

Trump had originally campaigned on the promise to end nation-building missions such as efforts to train Afghan troops, and shortly after taking office in 2017 he made clear he had a desire to pull troops from the region.

After being persuaded by defence officials and then-national security adviser General H.R. McMaster, however, Trump introduced a new strategy in August 2017 that included an indefinite time commitment and sending thousands more troops to the country.

Trump in that speech acknowledged his original instinct was to pull out, but he said the calculation is different when you sit behind the desk in the Oval Office.

In announcing his decision to withdraw troops from Syria on Wednesday, Trump claimed in a tweet, "We have defeated ISIS in Syria."

More than 2,000 US service members are in Syria in the fight against ISIS and to back Syrian Kurdish forces in the mission.

"I think it shows how serious the president is about wanting to come out of conflicts," a senior US official told The Wall Street Journal about the Syria decision. I think he wants to see viable options about how to bring conflicts to a close.

Several lawmakers said they were not given any advance notice about the president's announcement involving the fight against ISIS.