Indo-Pak melodious singers to collaborate for a Bollywood song 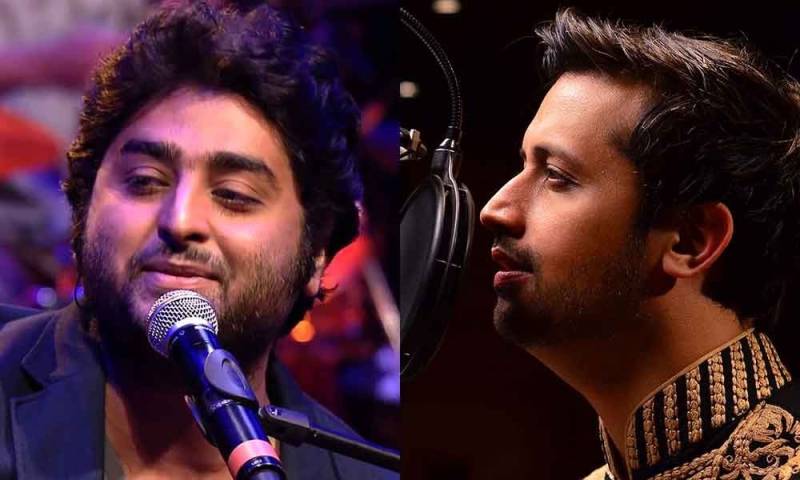 The best of both the countries are set to team up for an upcoming Bollywood movie film “Sweety Desai Weds NRI's” song “Musafir.” Just when we thought that Pakistani artists might not work in India again, we heard that Atif would be singing another Bollywood song.

The man with the magical voice, Atif Aslam is undoubtedly our biggest rock star and has received immense popularity not just in Pakistan but across the borders too.

The music composer of the film, Palash Mucchal speaking to Times of India, revealed that he’s really looking forward to the release of the song.

“Arijit and Atif have done a fabulous job of the song. Palak, as usual, sounds phenomenal and has even written the song for me, so I have dual reasons to thank her.”

We can’t wait to treat ourselves with the iconic compilation of music with this magical duo. Thee song will hit the industry this March.