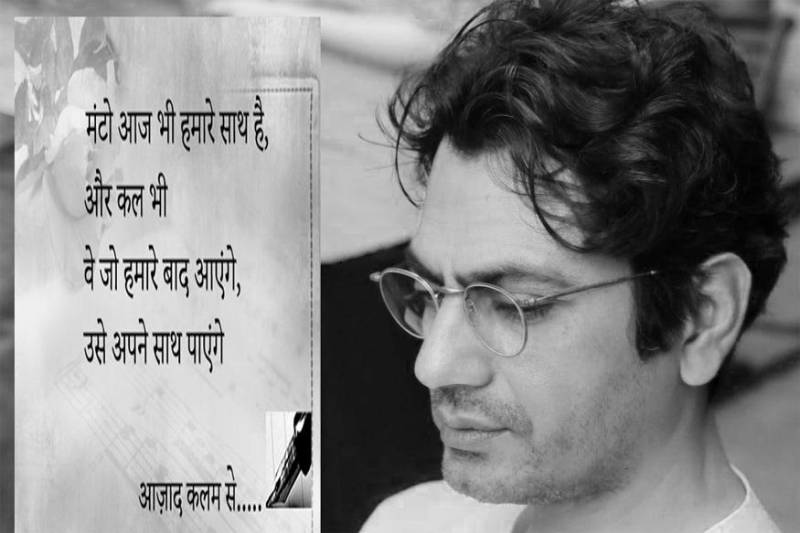 Lahore/Mumbai- 42 year old Indian actor Nawazuddin Siddiqui plans to turn inside out in his quest to absorb ‘Manto’ for his upcoming film. The actor believes in a unique way of practicing character.

He says "I am preparing myself for the role of Manto. I have been watching his plays, listening to that era's music, reading Manto and about him. If I get 10-15 days before the shooting starts, I will try to create his world around me by putting up posters of Ismat Chugtai and the likes in my room,"

The movie is about the author's  relationship with his wife and his life post-Partition in Lahore. Nawazuddin's first look from the film was recently released on Twitter. Actress Rasika Dugal will be playing Manto's wife, Safiyah.

Meanwhile, Nawazuddin Siddiqui will be seen dancing along with his co-star Tiger Shroff and he believes it is pure magic. The dance-drama film is directed by Sabbir Khan, who has previously worked with Tiger in Heropanti and Baaghi.