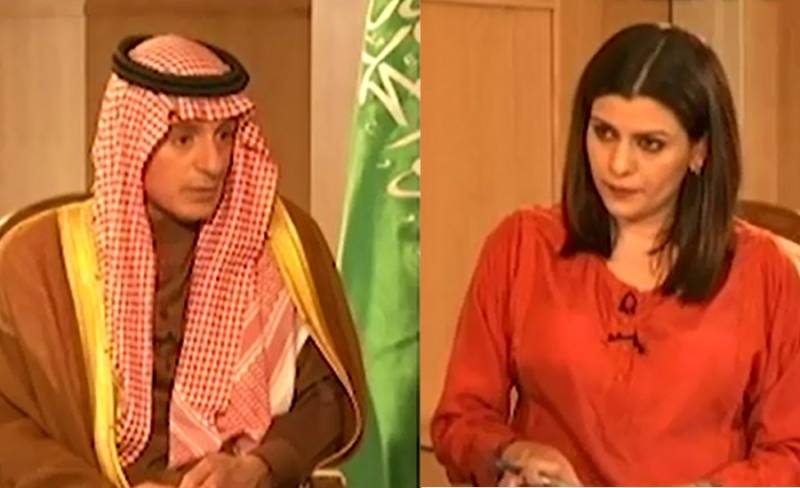 NEW DELHI – Saudi Arabia’s Minister of State for Foreign Affairs Adel Al-Jubeir has lauded Pakistan’s efforts in the war against terror, saying Islamabad lost thousands of soldiers and civilians in the fight against terrorist outfits in the tribal areas.

During an interview with an Indian channel, Al-Jubeir said that the credit for eliminating terrorism goes to Pakistan. He added said that all regional and western countries, including Saudi Arabia, are supporting Pakistan in the war against terrorism.

The Saudi foreign minister further said that every country in the world should be doing everything they can to go after terrorists.

The NDTV anchor repeatedly provoked him to speak against Pakistan, but he continued to appreciate the sacrifices offered by the Pakistan Army in the war against terrorism.

To a question about the Pak-Saudi joint statement, the Saudi minister said that the Pakistan-Saudi joint statement which referred to ‘the need for avoiding the politicisation of the UN listing regime’ was not a reference to Masood Azhar. “If someone has proof about a person or an organization, he should present it at the international level,” he said.

Responding to a question put by the anchor again about Masood Azhar, he said that he was not in a position to talk about the issue.

More than 40 members of India’s security forces were killed in suicide bombing on their convoy in the Occupied Kashmir. India had claimed that Pakistan was responsible for the attack, however, Pakistan had denied this and offered its assistance to find the true culprits.

To a question about the Pak-India tension, the Saudi minister said that Pakistan and India will have to hold dialogues to end tension. “Saudi Arabia can play a role in normalizing the relations between both countries. Pakistan is an important country to Saudi Arabia,” he said.