Man punches his own lawyer after being sentenced to 47 years 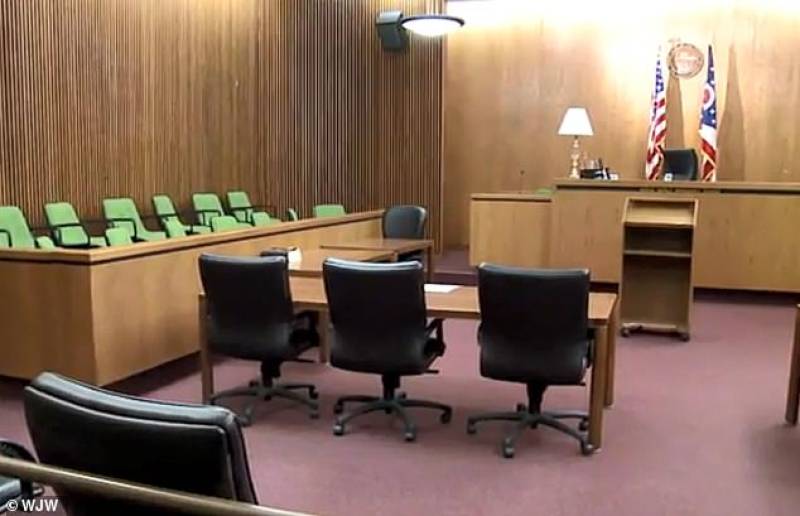 LAHORE - David Chislton, 42, struck Aaron Brockler in the face despite being handcuffed, leaving him with a broken nose and a concussion. Aaron was David's own lawyer.

This came after David was sentenced to 47 years in prison for pistol whipping his girlfriend and arson.

Another officer can be heard telling him: 'You calm? You know you messed up, right?'

In 2017 he held his girlfriend hostage at gunpoint and threatened to kill her. He then set fire to the Miles Landing apartment complex in Warrensville Heights which led to a police stand off. 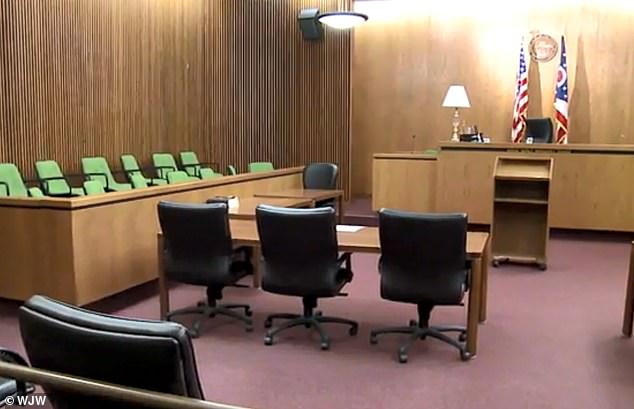 Brockler told Fox 8: 'I turned in to talk to him, and I just felt a swoosh and saw stars. And I remember waking up underneath the trial table.

'I went to go turn to tell him "I'll come and see you privately to discuss what your options are," and before I could even get the words out, I just got sucker punched right in the side of the head.

'While his crimes were serious, I think it was just a big number for him and he lashed out against me for whatever reason.'